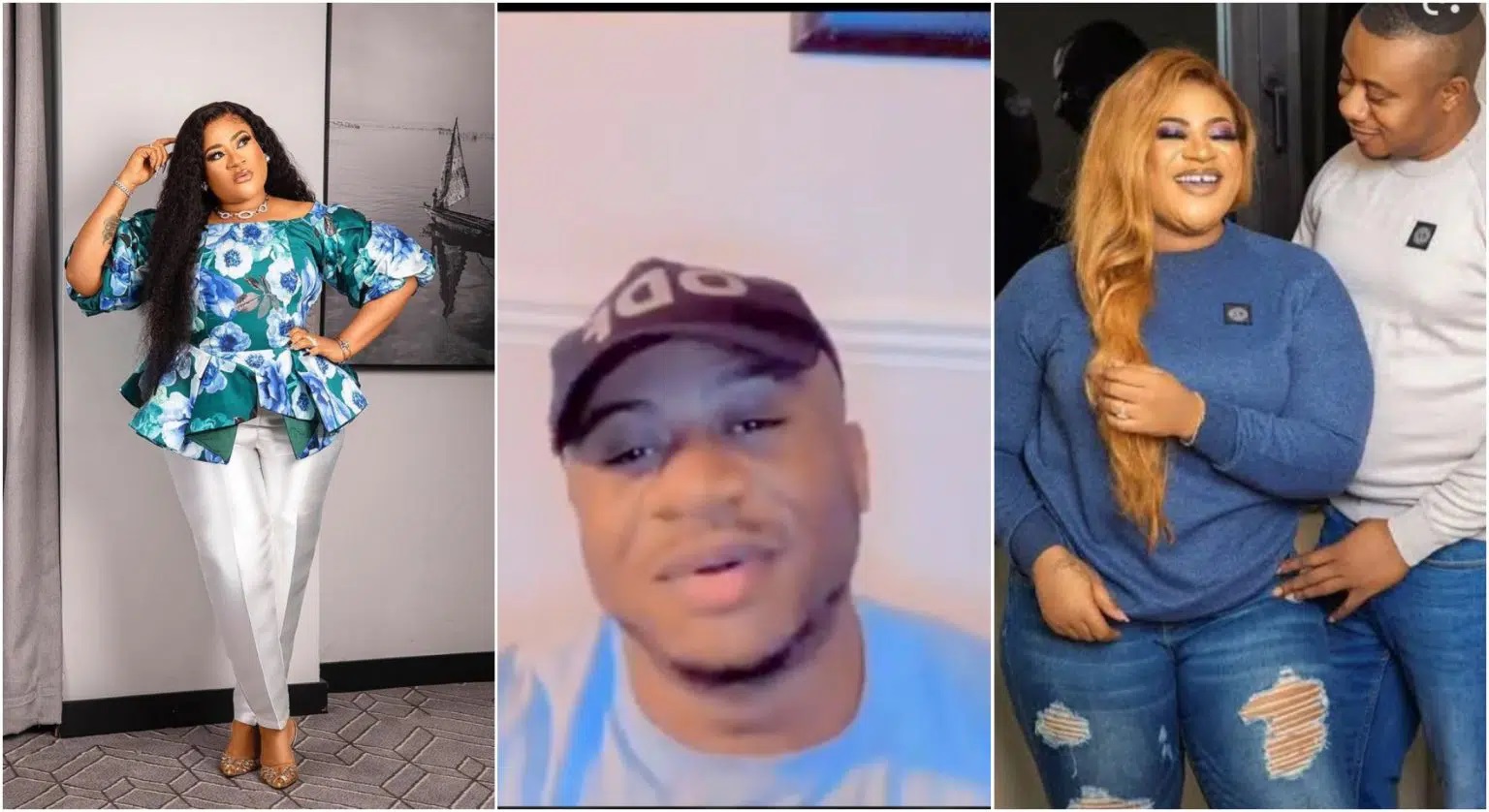 He apologized barely a month after the former lovebirds had a messy breakup online and exposed some of their dirty secrets.

Opeyemi Falegan in an interview with media personality Daddy Freeze apologized to Nkechi Blessing for everything that had happened between them.

According to him, he messed up, stating it hurts so much for a person to separate from their lover whom they had publicly flaunted and showered love online.

The Ekiti state politician said Nkechi Blessing shouldn’t be angry with him and would have knelt before her if there was any possibility of doing it.

He added he needed to forge ahead but didn’t do it in the best possible manner and he is very sorry for everything.

Opeyemi Falegan also teased Nkechi Blessing as he expressed love for her saying he still loves her from his heart.

Nkechi Blessing’s Kind Of Y*nsh Is Meant For Atiku, How Did You Climb It Without Money – Nigerian Lady Queries Opeyemi (Video)