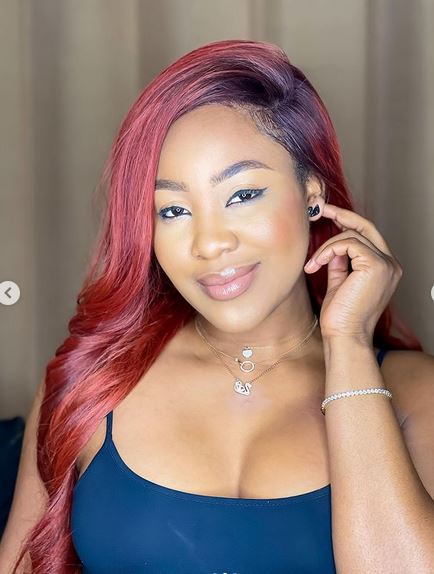 BBNaija housemate, Erica Nlewedim has stated that she regretted drinking alcohol at the BBNaija reality show which led to her disqualification.

It would be recalled that Erica was disqualified from the fifth edition of BBNaija reality show after getting herself in a dramatic scene with Laycon.

Erica lost her cool after a Saturday night party and used some derogatory words against Laycon, a move that led to her disqualification.

Months down the line, Erica has opened up that she regretted drinking alcohol before the scene with Laycon.

In a recent interview, the actress was asked about the action she regretted while she was on the show.

“I regretted drinking alcohol when I was inside Big Brother Naija’s house because it led to my disqualification from the show.”

Despite her disqualification from the reality show, Erica has grown to become one of the most sorts after talent in the entertainment industry.