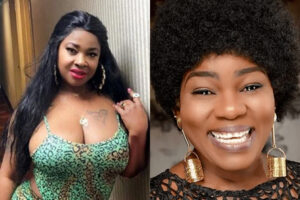 Adult movie star Afrocandy has reacted sadly to the death of Ada Ameh praying she hunts whoever did this to her as she accuses Nollywood peeps of being full of envy.

The sad news of Ada Meh’s death hit almost everyone so hard especially when she was recovering from depression after burying her only child 2yrs ago and Afrocandy believes someone in Nollywood has a hand in it.

Reacting to the sad news, Afrocandy prayed that Ada Ameh’s spirit hunts down whoever did this to her after taking her only child from her as she accuses them of envy and jealousy saying nowhere is safe in the world because it’s full of fre-enemies.

Afrocandy also talked about how people are being poisoned in Nollywood saying we should ask Mr. Ibu how many times he’s been poisoned and there are a few others who are just quite over it and now they’ve taken the life of Ada Ameh after taking that of her only child. 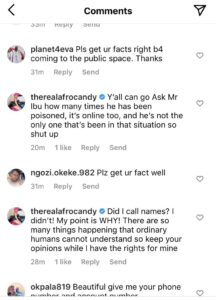