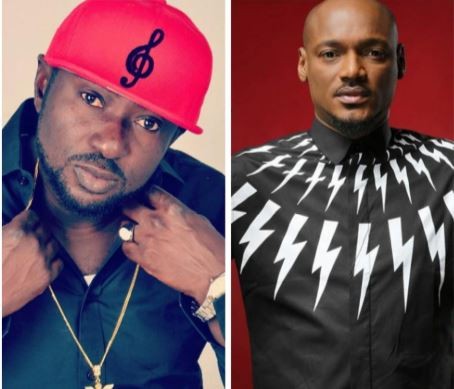 Popular Nigerian artiste, 2face has given graphic details of what transpired between him and his former friend and band mate, Blackface, revealing that the latter started attacking him after he made known his intention to go solo to all the members of the defunct musical group, Plantashun boiz.

2face, now known as 2baba made this revelation, while speaking in an exclusive interview with Vanguard entertainment team, in Lagos.

The “African Queen” crooner said he never attacked Blackface openly despite all the negative things he has said about him. He lamented what he calls the continued desire of his former band mate to rubbish his hard earned name by accusing him of stealing his song.

While trying to put the record straight, 2face denied stealing any song from Blackface. According to him, two of them wrote “African Queen’ and “Let somebody love You” together. He wondered why Blackface has continued to accuse him of stealing his song despite the legal action against him.

Tracing the genesis of their feud, Tuface said “I have had series of meetings with concerned people. Blackface started attacking me right from when I decided to go solo. I tried as much as possible to give credit to anybody that contributed to any of my songs. I have never hidden anything away from Blackface. Both of us have worked together for years before I decided to go solo. And before I went solo, I practically informed every member of the defunct plantashun boiz.”

“So, there has never been a case of I stole or I used something that I was not supposed to use. And every time, he comes up with this accusation, the question has always been : which of the songs did I steal from you?

"There has never been any proof that I have stolen a song from him. But he always says this at my back or whenever he’s granting an interview to the press. That’s why I said Blackface is the one who’s in the best position to answer that question. I don’t know what Blackface’s problem is right now.”

Narrating further, 2face said “It has always been on record that “African Queen’ and “Let somebody love You” was written by myself and Blackface. These were the only two songs that I used and I mentioned it from the outset. It was Blackface that asked me if I wasn’t going to include “African Queen in my first album. So, there was never a case of I stole his song.

Both of us have the right to use the song. He had given somebody the permission to use the song before, and I did not say anything. He has also done something with the song before and I never said anything about it. There were a couple of songs he used in his own project which we did together and I never reacted negatively about it. And every time he comes up with this bizarre attack, he tried to rubbish my name.”

“My lawyer wrote to him in 2017. And  the letter reads “You either stop saying that I stole your song or you sue me to court.” This is because if you don’t sue me and wouldn’t stop saying that I stole your song, I’m going to drag you to court. He somehow stopped the accusations after this letter. But later he started again. He has been accusing me of stealing his song for years. His attack did not start today. It started four months after I released my first album. So, it’s not as if I did anything wrong to him before he started attacking me. Months later after receiving the legal warning, he started attacking me again. So, right now,  we have gone to court. I actually dragged him to court.”

“He should stop rubbishing my name by accusing me of stealing his song. I don’t know what to do next than to take a legal action against him. Some of our friends are urging me to settle him. But he’s not saying that. Blackface is not saying 2face you abandoned me and that’s why I’m attacking you. I tried to do something in the background.

"I love and respect Blackface. I have never attacked him publicly. It’s only one time I got angry and I tweeted something about it. He went to press to attack me back. Eedris Abdulkareem decided to join forces with him. Eedris once upon a time, said 2face your are the plantashun, the rest are the boiz.”

“Eedris said that Blackface did a massive dis-track. All of a sudden, Eedris is now saying that it was blackface that made me. I got angry and tweeted that since they claimed to be star makers, let them organize themselves and move on. That was the first and last time I ever responded to Blackface’s attack. I haven’t really talked elaborately on this like this before. But like I said earlier, I have taken a legal action against Blackface. I don’t care whoever will win the legal battle . If it ends in my favour fine and if ends in his favour so be it. The truth of the matter is the proof of ownership. That’s where we are at the moment. It’s obvious there’s something he has against me that I don’t know of,”

Recall that Blackface,whose real names are Ahmedu Augustine Obiabo, has over the years levelled allegations of song theft against 2face. The former claimed that he wrote ‘Let Somebody Love You’ and ‘African Queen’; the latter’s biggest songs to date.