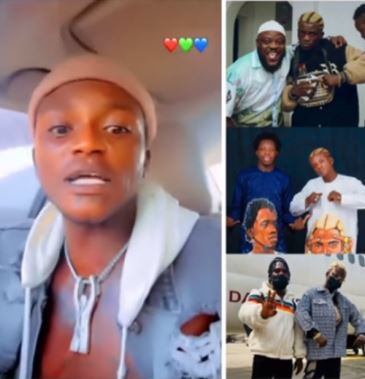 Controversial up and coming singer, Portableaka Zazoo took to social media to make an announcement about the people who work for him.

He disclosed that he has sacked his crew members including his manager, DJ and show promoter over their constant demand for money and always wanting to restrict him from meeting people.

According to the Zazo crooner, his manager, DJ, and the show promoter doesn’t contribute anything to the progress of his career, and he feels he’s being cheated out of his hard-earned cash because he is the one taking care of them.