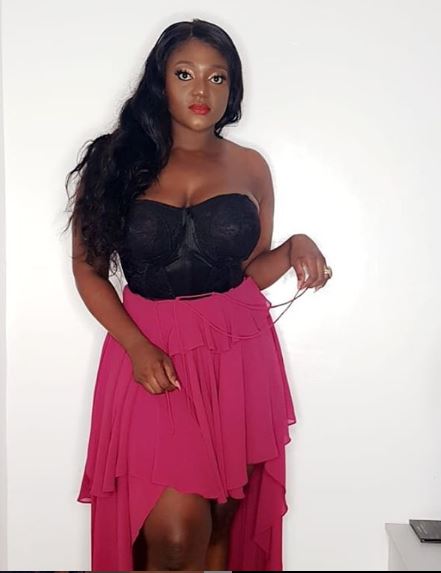 Nazo Ekezie
Nazo Ekezie, a fast rising actress and filmmaker, has cried that she is tired of being lonely and wants a man so bad.
In a recent chat with Goldenpearlmedia, the Ozubulu- Anambra State born screen diva lamented that she wants a man that would love her for who she is not as a TV star.
“I’m very very single and available. I have always looked out for someone who fame doesn’t entice or affect. One wouldn’t consider it a problem. I want someone who would be patient enough to know me and not look at me from the movie angle. I would love someone who sees me as Nazo and not an actress all the time.
"My name is not actress, my name is Nazo.
"Right now, I want to be in a relationship so bad. I want to be someone I love, someone who loves me as me, but not as an actress or movie star. I want to be with a person that actually knows me, loves me and willing to relate with me as Nazo.
"That one it’s so important. I’m not looking out to marry a Dangote but my man needs to be comfortable. He has to be able to provide for me,” she revealed.
Lending her voice to the pant stealing menace that is fast becoming a dreadful trend, the actress admitted that she also stopped wearing panties.
“I might sound cliché but I don’t wear pants anymore. Because I’m not going to joke with my destiny and if there’s anywhere that I’m taking my clothes off, my underwears are going straight to my bag,” she added.
Ekezie just released her first film as a producer, titled Flawed, featuring Ebere Okaro, Mofe Duncan, herself, and other amazing actors.