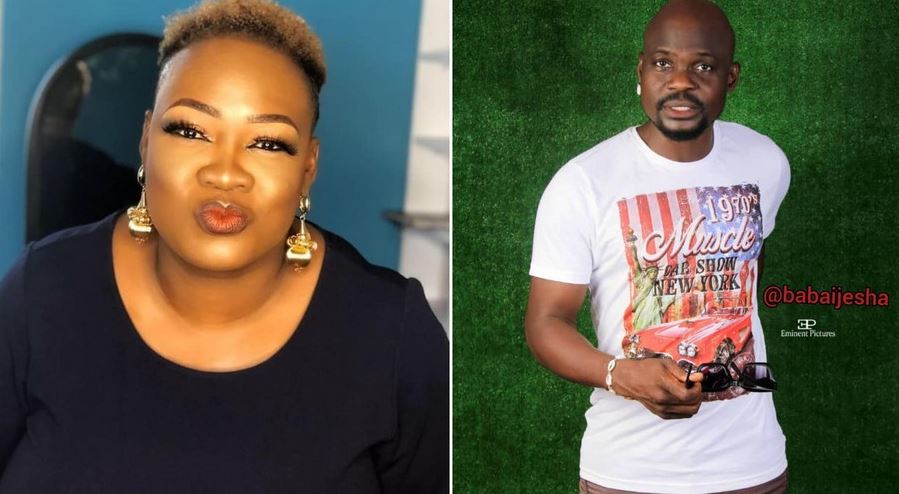 Nigerian comedienne, Princess, on Monday, has opened up before the Lagos State Special Offences Court in the Ikeja area on Monday on how she met Nollywood actor, Olanrewaju Omiyinka, aka Baba Ijesha.

According to Princess, she met Baba Ijesha in 2008 at an event and the two decided to start making comedy skits together.

The comedienne also claimed Ijesha wooed her in the process of their work relationship but she rejected his proposal.

Princess said she got close to the actor afterwards, especially after her marriage crashed around 2013.

The comedienne claimed she invested in Baba Ijesha’s education and the actor visited her at home thereafter.

Baba Ijesha, actress Iyabo Ojo, amongst others were in court as Princess further narrated the alleged child molestation case against the actor.

Justice Oluwatoyin Taiwo is currently hearing from the defendant and the prosecutor.

We had earlier reported that the court granted Baba Ijesha bail on June 24, 2021.

The actor, who is being tried by Justice Taiwo over charges bothering on rape, sexual assault and abuse of a minor, was granted bail on the ground that it was his fundamental human rights.

He, however, pleaded not guilty.

Baba Ijesha has been in the eye of the storm since April 22, 2021, when the Lagos State Police Command announced his arrest for allegedly sexually assaulting a 14-year-old girl in the care of Princess.