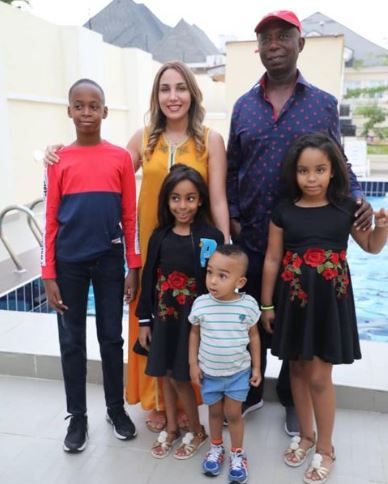 Laila Charani, the fifth wife of billionaire businessman, Ned Nwoko, has apologized to him.

She tendered a public apology to him months after they went their separate ways.

In a post shared on her Instagram page some hours ago, Laila hinted that the cause of their fallout was because she “listened too much to outsiders.”

In November last year, Laila announced that she and Ned had gone their separate ways.

A month later, Mr. Nwoko released a statement in which he said that their marriage crashed after Laila underwent plastic surgery, spent money she was given for their kids’ summer holiday in London on herself, and also had a physical meeting with a “strange man” who she met on the internet, in a hotel in London.