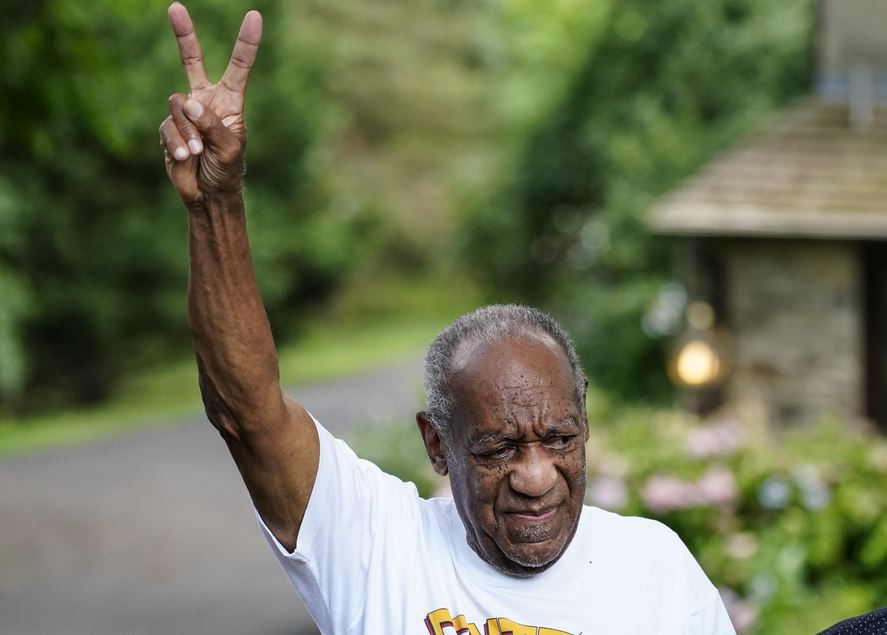 American actor and comedian, Bill Cosby has issued a statement after he was set free.

On Wednesday, Pennsylvania’s highest court overturned his indecent assault conviction and ordered his release from prison, ruling that the prosecutor who brought the case was bound by his predecessor’s agreement not to charge Cosby.

The Supreme court found out that that testimony tainted the trial, even though a lower appeal court had found it appropriate to show a signature pattern of drugging and molesting women.

The American comedian and actor, 83, served nearly three years of a three-to 10-year sentence after being found guilty of drugging and violating Temple University sports administrator Andrea Constand at his suburban Philadelphia home in 2004.

The former “Cosby Show” star – the first celebrity tried and convicted in the #MeToo era – didn’t comment at a news conference outside his home, where his lawyer Jennifer Bonjean said: “We are thrilled to have Mr. Cosby home.”

“He served three years of an unjust sentence and he did it with dignity and principle,” she added.

The actor has now taken to his Twitter page to thank his fans, supporters, and friends, insisting that, ‘I have always maintained my innocence.’

“I have never changed my stance nor my story. I have always maintained my innocence. Thank you to all my fans, supporters and friends who stood by me through this ordeal. Special thanks to the Pennsylvania Supreme Court for upholding the rule of law,” the tweet said. 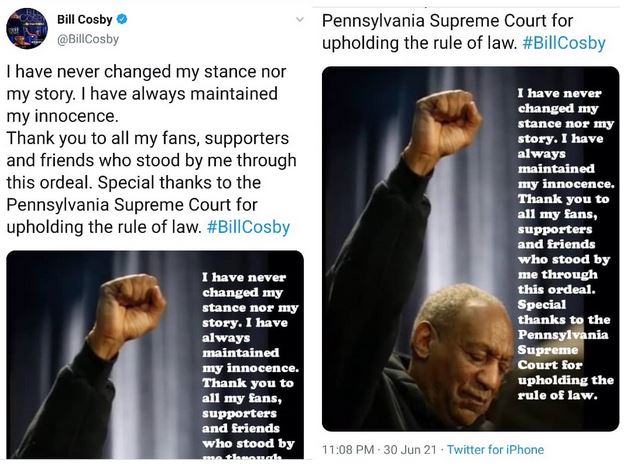