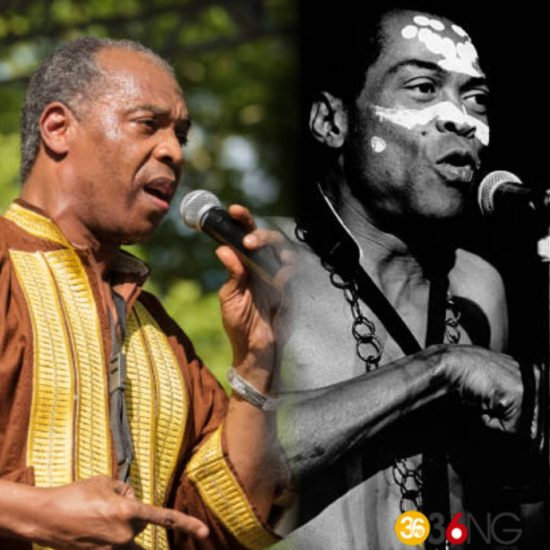 Son of Afrobeat music pioneer, Fela Kuti, Femi Kuti has revealed he doesn’t have plans to be like his father.

A Twitter user actually forced Femi to reveal this on the platform after he praised Falz‘s new album, “Moral Instructions” comparing it to Fela’s kind of music citing that even his (Fela) son, Femi cannot match it.

Replying to this particular tweet, Femi Anikulapo-Kuti made it clear he doesn’t want to be like his father but he just wants to be himself.

See their exchange below; 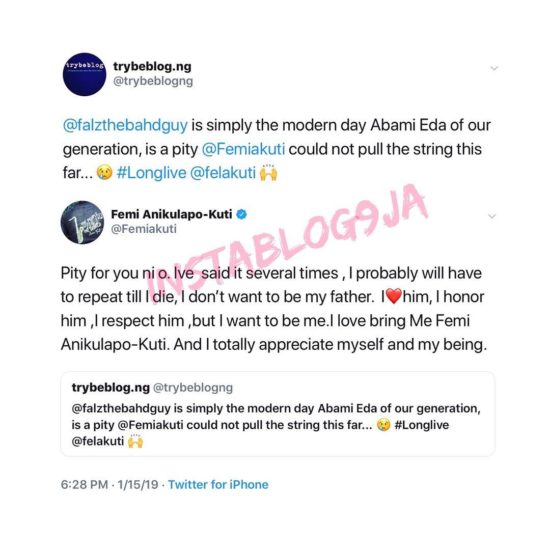