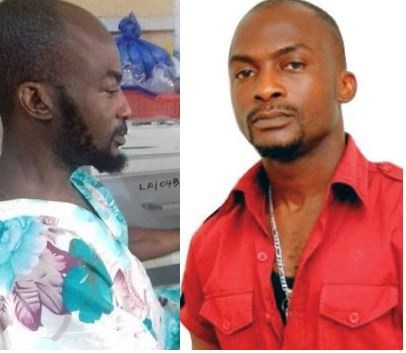 Lord of Ajasa
Many Nigerians were dismayed when news broke that popular indigenous rapper, Lord of Ajasa, was hospitalised and needed money to settle his bills. A lot of people wondered why his friends in the industry couldn’t rally around him without making his condition public.
However, in a chat with Sunday Scoop, Ajasa stated that people, both within and outside the entertainment industry, had reached out to him. He said, “Right now, I am at a private hospital in Ikeja (Lagos). I wasn’t getting proper care at the General Hospital Ikorodu, Lagos, and since people have begun to support me, I can now afford to get treated at a better hospital.
“I cannot mention the names of all the people who have assisted me because they are very many. However, some that I can mention are Gbenga Adeyinka, Alariwo, Jah Bless, Ice K (of Artquake), 9ice, Olamide, among others. Though some people are saying the support is not enough but it is whatever they have that they would give me. All the funds I’ve got have not been able to take care of all my bills. There are so many fans that have assisted as well; people that I don’t even know. I really appreciate the outpouring of love.”
Speaking on his present condition, the Le Fenu So rapper said, “I was supposed to undergo a surgery but the doctor said I’m improving; so, I may no longer need it. According to them, I have been responding well to treatment and I am getting much better.”
Explaining how his journey to the hospital started, Ajasa said, “I started feeling the pain on January 1 and I thought it was the usual occurrence because I had been experiencing such pain for some time. Usually, the pain would just come and go. But this time, it lasted longer. Suddenly, I could not even stand or walk. Then, on the first Sunday of January, I was rushed to the hospital; I nearly collapsed. I didn’t even know whether I was dead or alive. I vomited a lot and was in so much pain. However, I thank God that I am better now. For the two weeks that I was at the General Hospital, I couldn’t eat or drink. I was fed intravenously.”
On the nature of his ailment and what caused it, Ajasa said, “I was diagnosed with peptic ulcer and I must confess that it was partly due to my carelessness. I had been having the symptoms for a while but I thought it was just normal pain. My wife usually takes care of me and prepares food for me at all times. But during the December period, I attended a lot of shows; so, I wasn’t at home. I guess that was what triggered the attack.”
***
Source: Sunday Punch