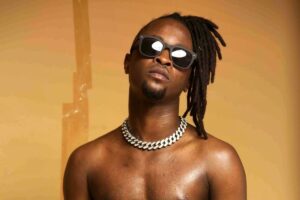 Laycon, the Big Brother Naija “lockdown” winner, has boasted about his enormous impact in Africa.

In an exclusive interview with media personality, Chude Jideonwo, Laycon identified himself as one of Africa’s most well-known figures.

Speaking about his musical career, Laycon said that he began releasing songs in 2012 and that the singles “It’s Laycon” and “Fierce” helped make him popular.

According to Laycon, Davido was the first to inform him of his enormous impact on the entertainment scene in Africa.

Speaking on his time in BBN, he said, “I was asking for musical stuff while in the house and I was particular about going back to my music”.

He further said about Davido,

“I think the first person that told me that I have no idea what was waiting for me outside was Davido”.

Revealing his fear, Laycon said, “I am afraid of loosing my mum and fear”.

Addressing his relationship status, “I am not in a relationship, I am not searching, I want to be found”.