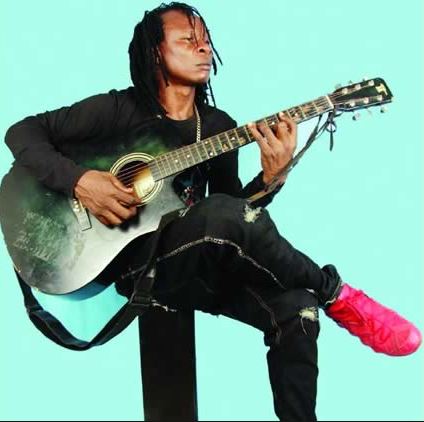 As at 2010, King Wadada was seen as the next king of reggae music in Nigeria and Africa. The reggae singer was so big that he won a Kora Award, an award which was the biggest of its kind in Africa at the time.

Despite the high hopes his fans had for him, the reggae music singer disappeared from the music scene. In a chat with Potpourri, he revealed that during his absence from the music scene he became a shoemaker and he is not ashamed of the trade which many regard as dirty.

“At a point, I was a shoemaker but I was never ashamed about it even though some of my fans brought their shoes to me for repairs. I believe it is my ‘handiwork’ and every musician should have a skill they can fall back on. I would still like to invest in the shoemaking business. I also went into farming because I love it,”he said.

The singer who recently unveiled a new artiste, Blackelz, under his Wadada World Klass Entertainment, after dropping a new song, ‘Holy Holy’, featuring Oritsefemi, further explained that he went out of circulation after his former manager, Uzoma Day, absconded with his $20,000 prize money as well as his International Passport.

“When I was nominated for the Kora Award in 2010, I did not have a sponsor so I reached out to a friend of mine, his name is Uzor, who helped me canvass for votes and also assisted with the money for the trip to receive the award.

He said he believed I would win and decided to be my sponsor. When we got there, I won the award and he stood in as my manager. The money was later paid into his account and after a while when I did not hear anything from the organisers of the award, I called them to find out what was happening and they told me that they had given the money, $20,000 to my manager, Uzor”.

“When I called him, he told me that Kora gave him part of the money and he wants to use it to ‘package’ me. During the Kora concert, I played with Akon and Rihanna and from there I was approached with another contract to perform in Germany. After we performed in Germany, he ran away with the money I was paid.

He said that he wanted us to be like D’banj and Don Jazzy at the time. I really believed in him. When we were in Germany, Rihanna’s manager at the time offered me a deal but I noticed that my manager was not enthusiastic so I stuck with him because I saw him as somebody who really believed in me. I did not want a situation whereby I would have been the one to disappoint him.

I did not want to be the one to destroy the plan that we had, but unknown to me he had other ulterior motives. Immediately we arrived Nigeria, he ran away with my money and passport. I was not able to collect my passport till after two years and by that time it had already expired,”he claimed.

The singer also hinted that as at when he was at the peak of his career he was able to record a song with American superstar, Rihanna, and explained why the song has not been released till date.

“I have a track with Rihanna which we recorded since 2010 but I have not released the song because I have not been able to see her for the visuals. It really affected my career and that was why I was not vibrant for a long while, I am glad that I am back now,”Wadada said.