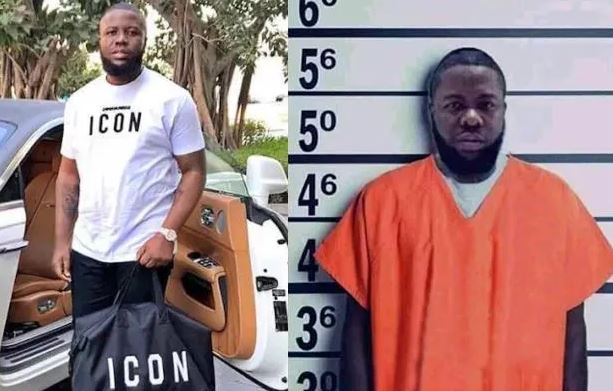 Popular Nigerian fraudster and Instagram big boy, Ramon Abbas aka Hushpuppi has pleaded with US Judge, Otis Wright to be lenient and hand him a lighter sentence ahead of his sentencing later this month.

The social media sensation who had been apprehended in 2020 over multi-million dollar fraud told the court that he was a changed person and had emerged as one of the best in cleaning activities in the penitentiary.

Reports released by People’s Gazette reveals that Hushpuppi’s record which consisted part of his memorandum countering sentencing recommendations of prosecutors showed he performed well and related amicably with other inmates.

It was gathered, also, that Ramon was “very good” in attitude, quality of work, dependability and productivity between July 2021 when he enrolled and November 2021 when he completed work.

“He is currently working within his prison cleaning windows and showers—for which he has received great personal evaluations,” Louis Shapiro, Hushpuppi’s lawyer penned in the memorandum submitted on September 5.