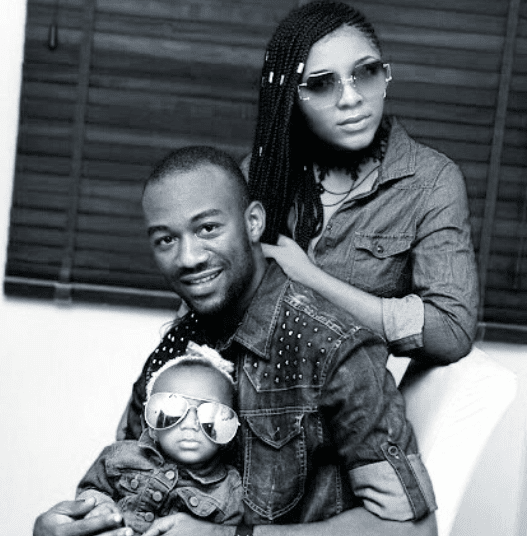 In an exclusive chat with Tope Delano, the mum of one gave details on how her 2-year old marriage ran and eventually crashed in the early part of 2017.

According to Emeh, she endured many instances of infidelity, emotional and psychological trauma that aided the post-partum depression which she was already battling with.

The soft-spoken lawyer turned blogger, gave more insight on the state of things in the marriage, issues which led to her almost taking her own life.

Post partum depression is something most Nigerians are oblivious too ..It’s sad because about 60 percent of women go through post partum depression and instead of partners to be supportive, most men withdraw ,get lovers or sidechicksI suffered depression because I grew up To be very independent .Didn’t take much time i found myself pregnant .
My blog which was my life ,suddenly became less of a priority . I could not connect with my readers any more and instead of reaching out ,I recoiled into my shell .

Watched my rankings slip and then my partner who was supposed to be supportive ,didn’t notice I was slipping into depression . Here I was with a baby who depended on me for everything .

And because my work is something I can do from home …my partner was always out at work and I now had to combine motherhood and blogging which is a full time 18 hour job.

So as my rankings plumetted because I could not keep up,I hated myself,my spouse and everyone .

Cut off from family ,friends and attempted to kill myself . And guess what ,when I spoke to my spouse about my suicidal thoughts ,he laughed . The only thing which kept me going was my daughter .

I felt I owed it to her to stay alive . It is a struggle and everyday is still a battle with depression . Postnatal depression is real and I am going to raise alot of awareness about it .

Celebrities like Chrissy Teigen recently revealed she suffers from it and takes treatment till date.

Depression is no joke as we all are aware of just about how many lives have been lost to this illness, and how the many others still suffering from it.

Recall Teebillz, Tiwa Savage’s husband, also suffered from depression which led him to almost take his own life sometime in April 2016.

Depression is no joke and everyone suffering from this should get help as soon as possible. Emeh, who still takes treatment for her depression,  has since moved on  and is doing a beautiful job taking care of her daughter, Jasmine.