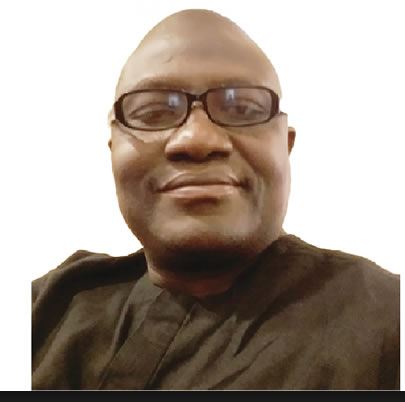 Jide Moronfolu
Veteran TV presenter and producer, Jide Moronfolu, has stated that he was threatened several times for exposing certain things on his TV programmes. Explaining why he rested his popular programme, Eji Owuro, Moronfolu said, “The focus of my Monday shows was security and we usually talked about security issues that a lot of broadcasters/journalists would not dare talk about. We talked about rots in government, police, military, politics, judiciary, and other important sectors. On so many occasions, my discussants on the show were molested for speaking on my show.

“Personally, I received a lot of phone threats from unknown people reacting to past episodes of the show. One day, I was ambushed by unknown gunmen at Ogere, Ogun State, on my way back from an assignment. Along the way, I parked somewhere to buy some things for my family. As I moved on, I saw a black sleek car trailing me and they told me to stop. They said I had committed a lot of sins through my TV programmes, Eji Owuro and Kondo Kingdom. They warned me to stop the programme, otherwise something terrible would happen to me. There were even times that police officers threatened me.”


Baring his mind on the issue of creative professionals leaving the country in droves, Jide who has relocated to the United States of America, said, “Seriously, all spheres of our economy are experiencing brain drain. Unfortunately, those creative individuals are not doing anything close to what they were doing in Nigeria in those countries they travelled to. There are many known musicians who now sing for fun in their bathrooms. Do you know how many actors/actresses no longer remember what it takes to be in front of the camera? There are many footballers that have represented Nigeria at the World Cup who now walk unnoticed. Our creative people are not in the Diaspora to pursue their creativity but to survive.”

Sharing his thoughts on the creative industry in Nigeria, Moronfolu said, “Nobody talks about piracy again because they now sell their movies to cable channels. Our TV stations and channels are “programme empty”. All of them just play movies, especially Yoruba ones. I was shocked one day when I saw a particular station playing Yoruba movies. This was a channel I approached many years ago to come up with a sound Yoruba programme, but they said it’s not in their station’s policy to do vernacular programmes.”