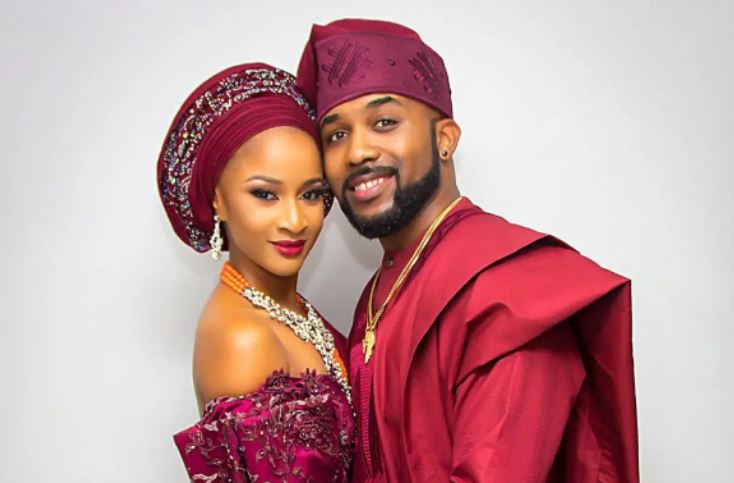 Banky W, the Nigerian musician-turned-politician, has recounted how his marriage to Adesua Etomi endured difficult moments in 2019.

He spoke during the latest episode of #WithChude, the podcast hosted by Chude Jideonwo.

The ‘Strong Thing’ crooner said at the time, that he and Etomi were struggling to have their first child.

The singer said his wife had to take several medical procedures including in vitro fertilisation (IVF) which, according to him, took a toll on her health.

Banky W added that despite what his wife was going through, he could not spend enough time with her because of his political ambition at the time.

In 2019, the singer vied to represent Eti-Osa federal constituency at the house of representatives under the Modern Democratic Party (MDP).

He, however, lost to Babajide Obanikoro of the All Progressives Congress (APC) at the poll.

According to him, the outcome of the election “strained” his relationship, particularly after they lost their first pregnancy — a set of twins.

“So, 2019 was a tough year, it was a seminal moment in my life because that was the year that we were running for office and at the same time my wife and I were struggling at that point to have a child,” he said.

“So we had started towards the end of 2018 entering 2019, we started doing IVF treatments. You know we had done a second one which is very difficult especially for the woman, when you leave the woman it becomes difficult even for you because you don’t know how to help.

“I mean you see her body go through so much pain and turmoil and difficulty and you as a man, you’re also running for office, so the one thing you don’t have is quality time and that’s the one thing you need when your wife is going through all of that.

“Whether it’s the community of people that are close to you or family. It feels like you’re being emptied on a daily basis. You’re giving everything you have and it’s not enough and then we lost twins because we were pregnant with twins and we lost them. Then we tried again, our relationship was strained. It was a tough time.”

The musician, who recently clinched the Peoples Democratic Party (PDP) house of reps ticket, also reflected on dealing with negative opinions about his political ambition.

“It’s hard when people question your intentions. Bro, there’s been times I’ve been depressed,” he added.

“You know when you wake up and you’re trending on Twitter and the things people are saying are so hurtful and these are people that have never been had a conversation with you but they’ve made you out to be satan incarnate and you know that all I was doing was just following what I believe in and trying to do my best.”