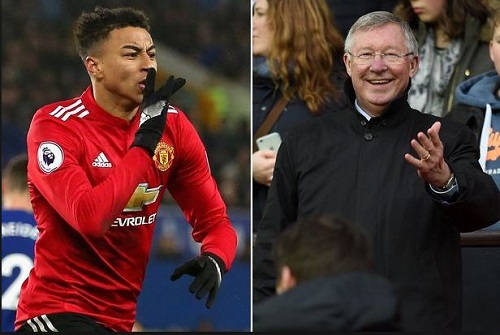 Jesse Lingard has revealed that Manchester United icon Sir Alex Ferguson once threw a boot at his head.

But Lingard wasn’t upset – in fact, the England star knew in that moment that Fergie was a fan.

The Scottish boss, who won 13 league titles and the Champions League twice at Old Trafford, had told Lingard that he would make it – but he’d have to wait until he was 22 or 23-years-old to do it.

Indeed, Lingard became convinced ‘The Main Man’, as his grandad referred to Sir Alex, liked him after he got a flying boot to the head.

Not in anger, as when David Beckham inadvertently coped for it, but as a sign of affection.

The Manchester United forward told the Players’ Tribune: "I’ll never forget this one day, I was still at the academy, and I was walking the corridors at Carrington.

"I think maybe I was having a bad day, to be honest. I was in my head. So I’m just walking the halls, and all of a sudden I feel a boot clip the back of me head.

"He knew what it meant to do something like that.

Ferguson Reveals How He Blocked Ronaldo’s Transfer To Man City