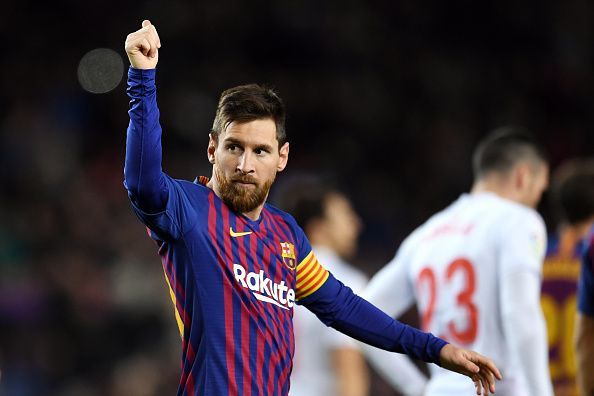 Lionel Messi
Lionel Messi scored his 400th La Liga goal as Barcelona beat Eibar at the Nou Camp to regain their five-point lead at the top of the table.
Messi, the all-time leading scorer in the Spanish top flight, finished into the bottom corner for Barca’s second.
The landmark goal comes in the Argentine’s 435th league game.
Luis Suarez earlier put Barca in front by finishing a fine team move before tucking in his side’s third in the second half.
Messi, who becomes the first player to score 400 goals in just one of Europe’s top five leagues, could have scored a second but he shot straight at Eibar goalkeeper Asier Riesgo from the edge of the box.
The victory takes Barcelona five points clear of second-placed Atletico Madrid.