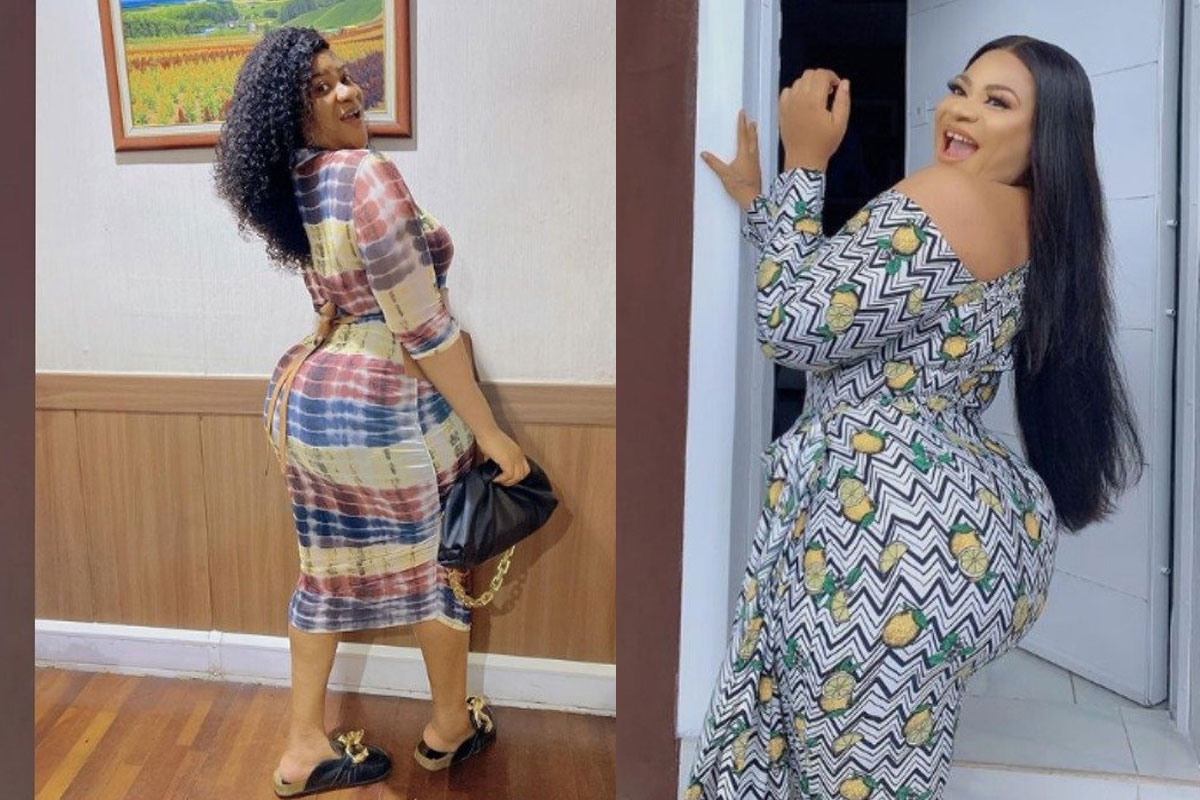 Reacting in a live video, the actress claimed that her husband’s Gbola (manh##d) isn’t working and she always uses vibrat#rs to satisfy herself.

She added that her husband is broke, and does nothing to support her.

This is coming shortly after her husband, Falegan announced the end of their marriage during a live video on Instagram.

Falegan on the other hand, claimed that he ended the relationship because he doesn’t want his name to be tarnished or linked to notoriety.

He also revealed that Nkechi secretly engages in lesbianism.

Crashed Marriage: Nkechi Blessing Exposed By Her Husband, As He Reveals She’s A Lesbian (Video)

Baba Ijesha: TAMPAN bars directors from working with Nkechi Blessing Sunday and Iyabo Ojo, threaten to work against them