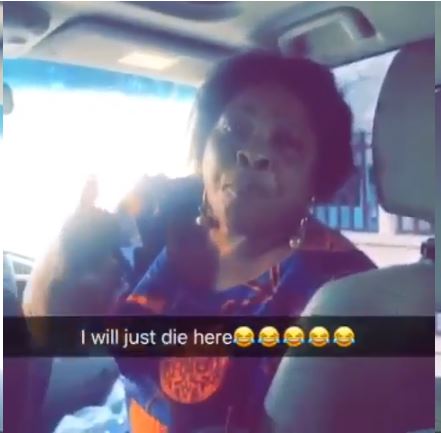 This is the Video that has gotten internet users laughing hysterically in recent times.
In the video, an old woman is seen giving her own rendition of the popular song, Man’s Not tune which has been on many lips since it was released.
It will be recalled that the song Man’s Not tune, performed by Big Shaq, instantly became a people’s favourite soon after it was released and went on to take over the internet, with many fans doing their versions.
Obviously not wanting to be left in the thrill, his old woman has given her version of the sing.
Watch her sing in the Video below: