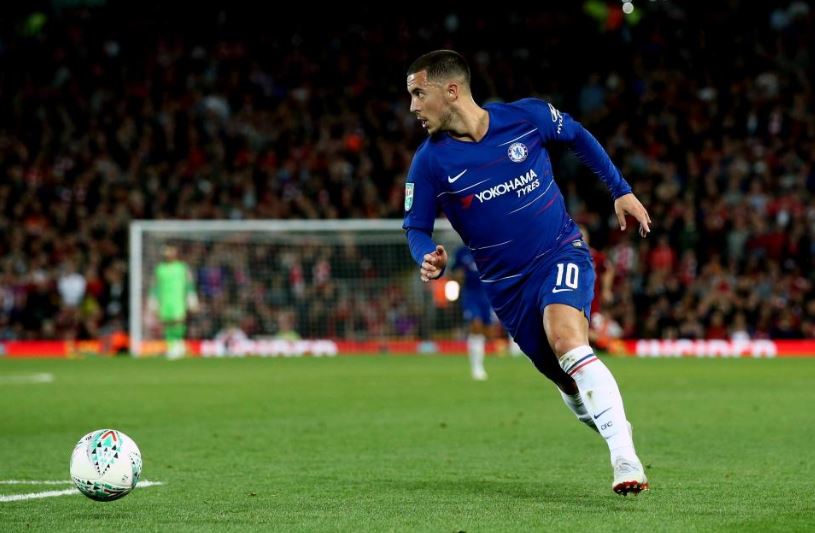 Eden Hazard
Chelsea midfielder, Eden Hazard, has rejected claims he has already agreed to join Real Madrid in the summer, insisting that “there’s nothing in the reports”.
It was reported in the Spanish press on Friday, that Hazard had agreed in principle a five-year deal to join Real in the summer, in a move that would make him their highest-paid player.
The return of Zinedine Zidane to the Santiago Bernabeu, is said to have convinced the Belgian to leave Chelsea.
However, Hazard who is currently on international duty, has refused to be drawn over the reports.
“There’s nothing in the reports. I’m only focused on tomorrow’s game against Cyprus.
“That’s all I’m thinking about,” he told ESPN.