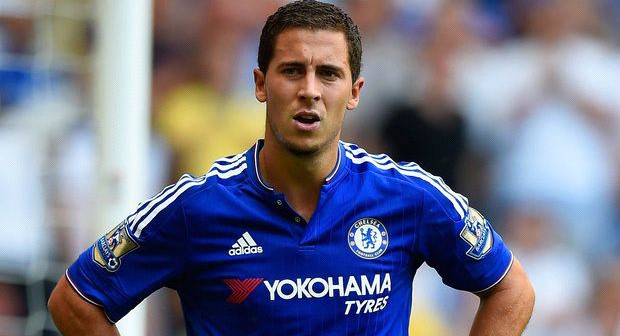 Eden Hazard
Chelsea playmaker, Eden Hazard says the team need to look forward and try to improve in order to ensure we finish the season strongly, Chelseafc.com reports.
There was a huge sense of frustration following Sunday’s 1-1 draw at home to West Ham United given the fact they had dominated the game for long spells.
Antonio Conte’s side recorded 23 stunes on goal, 18 more than the visitors, but were unable to add to the lead which had been given to them by Cesar Azpilicueta, before Javier Hernandez equalised in the second half.
‘When you see the game we did everything, especially in the first half,’ Hazard said. ‘This season isn’t going well, we made some mistakes and conceded a goal. Then, in front of goal we didn’t score, so that’s it, at the end of the game it’s 1-1 and we are all sad.
‘We need to work together. There are six games left to play in the league and we will try everything to be in the top four at the end of the season.’
It was the second time in a row they failed to take maximum points after going 1-0 up.
‘This season a lot of the games have been the same,’ Hazard said. ‘I remember away at Manchester United, we were in control of the game and in the end we lost. Last week against Tottenham, we were in control in the first half and then we lost the game, so this season isn’t going well. We need to work together.’
Sunday’s result leaves them 10 points behind 4th-placed Tottenham in the Premier League table, but Hazard explained why there is still plenty to play for between now and the end of the campaign.
‘I hope, for the Chelsea fans and ourselves, that we can achieve something,’ said the Belgian. ‘We still have the FA Cup to play for so we need to bring this trophy to Stamford Bridge at the end of the season.
‘When you play for Chelsea you want to be in the Champions League every year but last year we didn’t play in it and we won the title, so sometimes a bad thing can create a good thing, but we will play [to try to qualify] for the Champions League, for sure.’
--Advertisements--