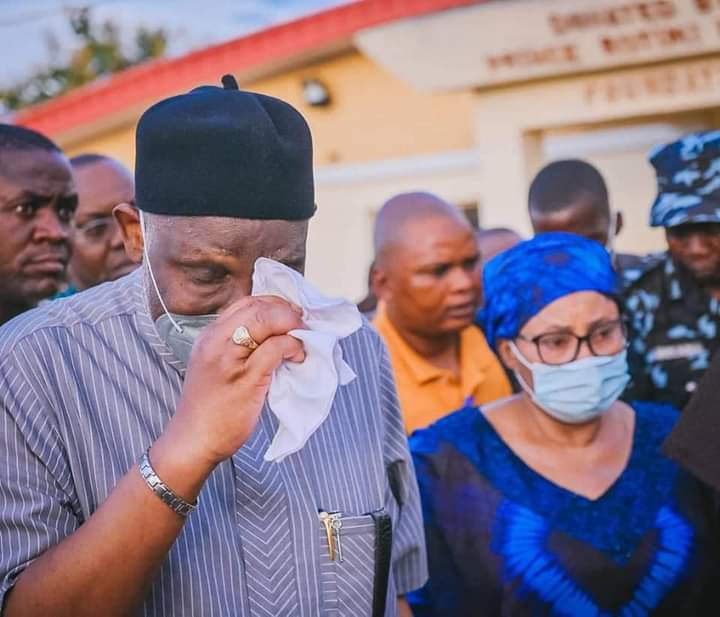 Recall that many innocent worshippers were massacred inside the church by suspected bandits on Sunday.

Governor Akeredolu, who said he was terribly sad, noted that the attack was the most dastardly act that could happen in any society.

Aside the scene of the attack, Governor Akeredolu also visited the hospitals where survivors of the unprovoked attack are receiving medical attention.

He was also at the palace of the Olowo of Owo, Oba Gbadegesin Ogunoye, to condole with the monarch over the sad incident.

Arakunrin Akeredolu was joined by members of the state executive council led by the Secretary to the state government, Princess Oladunni Odu.

The Bishop of the Catholic Diocese of Ondo, Bishop Jude Arogundade, also visited the scene with the Governor.

“That it happened in a church, to say the least, is most condemnable. I feel terribly sad, and I can understand our people are in sad mood. Nobody will see or hear what happened here that will feel safe.

“But let me tell you, we have a duty to protect you. Our security agencies lost about two men. It was not an expected attack. It was sudden. How they entered and escaped is still surprising. What has happened met us unexpectedly.

“On this matter, don’t retaliate. We know what to do and you will hear it. The perpetrators will never escape. We are after them. And I can assure you we will get them. I am not boasting.

“I want to express my condolences to those who have lost their dear ones to this unnecessary gruesome murder. This is a great massacre. Our people in Ondo state we will not let down their guard. This will not happen again. We have all heads of security agencies here. They are listening to me, and I am urging them to take all necessary steps.

“This must not happen again. We must be very vigilant. I want to particularly send a word of condolence to the Bishop. What they damaged here is much. Dynamite was used. We can see pools of blood everywhere.

“I have come to appeal to you to maintain your calm and let the security agencies take charge. They are taking this seriously. Please, don’t take laws into your hands.”

At the palace of Olowo of Owo, Governor Akeredolu said the gunmen made a mistake of attacking Owo, vowing that they will not escape justice.

“What happened shocked me. It shocked everyone. It was like a deliberate target on Owo. But they made a mistake, because we are bold. We don’t run away from battles. We will fight them. No matter what it takes.

“Please, appeal to our people not to take laws into their hands. The government will not sit back without ensuring that those who did this pay for it,” the Governor said.

The Olowo commended Governor Akeredolu for showing leadership, adding that it takes genuine leadership for the Governor to have flown into the state from Abuja barely three hours the incident happened.

“I called you less than three hours ago from Abuja and you are here already. That’s leadership. It’s quite unfortunate that this kind of incident would happen in Owo. There must be a motive behind this. It behoves on our security agencies to investigate this deep down so that those behind it will face the full wrath of the law.

“No one brings battle into Owo. We shall give it what it takes. I believe the federal government should be much more concern. Those behind this want to cause discord in the country. The whole nation is challenged. On our part, whatever is expected of us, we will do. I have spoken to our youths to remain calm,” the Olowo said.

At the hospitals, Governor Akeredolu commended the doctors and health workers for the prompt attention given to the survivors of the terror attack. 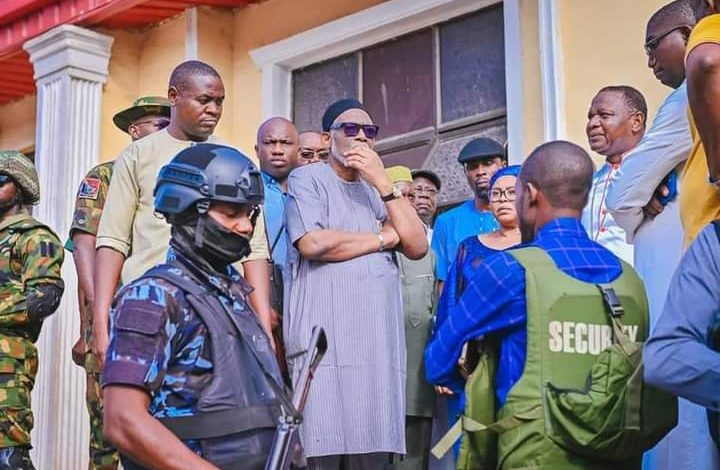 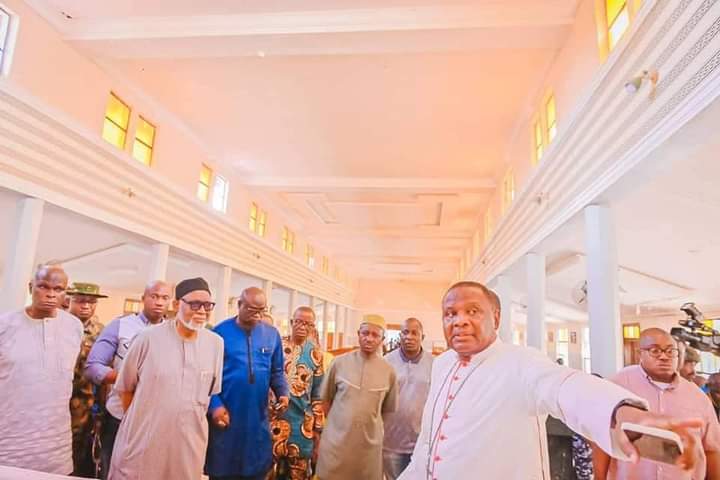