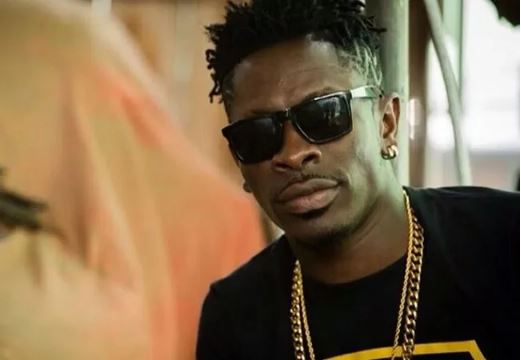 Shatta Wale
Shatta Wale has announced on social media that, “he is done with Shatta Michy”.
Michy posted a ptuneo showing a bruise on her head which she says was caused by Shatta Wale. Now Michy is threatening to expose Shatta Wale of some secrets.
ToriBaze GH Media reported the news of the break-up of celebrity couple, Shatta Wale and Shatta Michy. Shatta Michy had posted a ptuneo of herself with a bruised face on social media, claiming that Shatta Wale had beaten her.
Michy’s post came after Shatta Wale had earlier posted that he was done with Shatta Michy. According to Wale, Michy chased her around with a knife, adding that if a woman is able to do that, you should “dawg her” But Shatta Michy has not kept quiet, she has released series of posts threatening to expose Shatta Wale.
In one of the posts, Shatta Michy wrote: “From a one corner ghetto to 2 houses . Shall we all know how the second one came about? God hates ungrateful people. Accept your faults, or accept that u have a problem and seek help.”
From this post, it seems Shatta Michy is sending across a message that Shatta Wale had acquired his mansions through some ‘dubious’ means. It could be deduced from Michy’s post that being a former ghetto guy, Shatta Wale’s ‘speedy’ acquisition of his two mansions is of a serious concern.
Within a space of three years, Shatta Wale had built two multi-million dollar mansions in East Legon, a plush area in Accra. Wale himself has highly spoken of his mansions, claiming that he is the only celebrity to own 2 swimming pools. But Michy seems to have blown the cover of Shatta Wale’s ‘questionable’ mansions. She went on to reveal that Shatta Wale has serious problems, and ‘advised’ him to accept the fact that he has a problem, or seek help. It is not clear what is causing this fight between the couple that has professed love for each other in the past.
In the same vein, Michy has indicated that Shatta Wale has created fake people around him who do not tell him the truth.
This comment comes after the two in the glare of social media users are washing their dirty linen. Shatta Mitchy in a thread on Facebook has revealed that the Dancehall King has pulled a gun on her for more than three times but she chose to keep it.
“All the lies and deceit. I don’t remember coming to complain here when a gun is pulled on me more than 3 times”
She added that although people around Shatta Wale do not like something he does, they hail him because they want to stick around and not because they love him.
“Your people around know the truth, you’ve created fake people out of them cuz u don’t like the truth.”
--Advertisements--