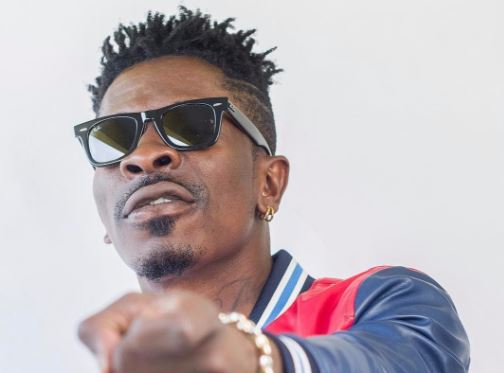 Shatta Wale
A prophetess named Vivian, who hails from Adeso-Oden in the Eastern Region of Ghana has warned Ghanaian Dancehall act, Shatta Wale, to apologize to pastors he has attacked or face the wrath of God.
Speaking on Daybreak Hitz on Hitz FM Tuesday, Prophetess Vivian said if Shatta fails to heed the prophecy, he will be struck by thunder as ordained by God.
Not too long ago, dancehall artiste Shatta Wale, born Charles Nii Armah Mensah, cautioned some men of God to desist from prophesying his death or face his anger.
He said if he is alive by December, he and his ‘Shatta Movement’ fans will burn down churches of prophets he described as ‘fake’.
But Prophetess Vivian, who travelled all the way from Eastern Region to deliver the prophecy, says Shatta Wale has touched the eye of God with his threat to burn down churches.
According to her, even though there are ‘fake’ pastors in Ghana, Shatta Wale’s threat disrespected the generous ones among them hence the need to render an apology before time runs out.
She told Andy Dosty that “He has spoken against pastors. God said there are bad pastors but his children are more among them. God says he [Shatta Wale] should come and apologise so that his wrath wouldn’t come upon him. God said he has touched his eye.
“He has offended him [God]. He should come and beg. He should take back the statement that he will burn the churches. I saw thunder striking his head…” she said.
Watch the Video below: