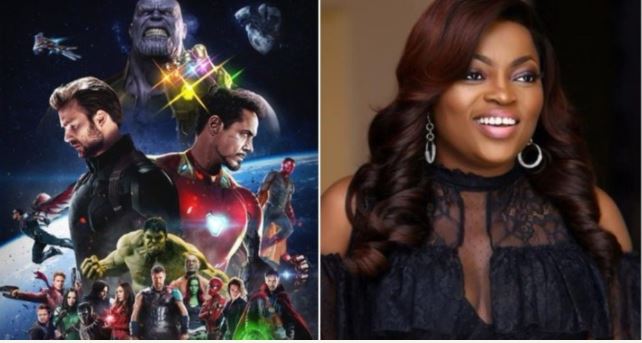 Funke Akindele
It is no longer news that Nollywood actress, Funke Akindele aka Jenifa has been announced to star in Marvel’s upcoming heavyweight movie, Avengers: Infinity war.
Amidst the congratulatory messages loading up on social media per second, just how deep is her character and who exactly she is playing as in this movie?
According to the character profile on Marvel’s website, Funke Akindele would be playing a member of the Dora Milaje pronounced as “dora-meh-LAH-shay” these role will see the Nigerian screen goddess join a female team of personal bodyguards for Black panther, all recruited from Wakanda.
Apart from their protective function, they are a group of powerful and superior Wakandans.
The Dora Milaje were assembled as a group of potential suitors for king. The Wakandans put forth a daughter from every tribe to maintain peace and ensure every tribe had a chance at the crown.
As shocking as this may sound, the Wakandans traditionally speak in Hausa dialect, though only to the king and to each other.
--Advertisements--