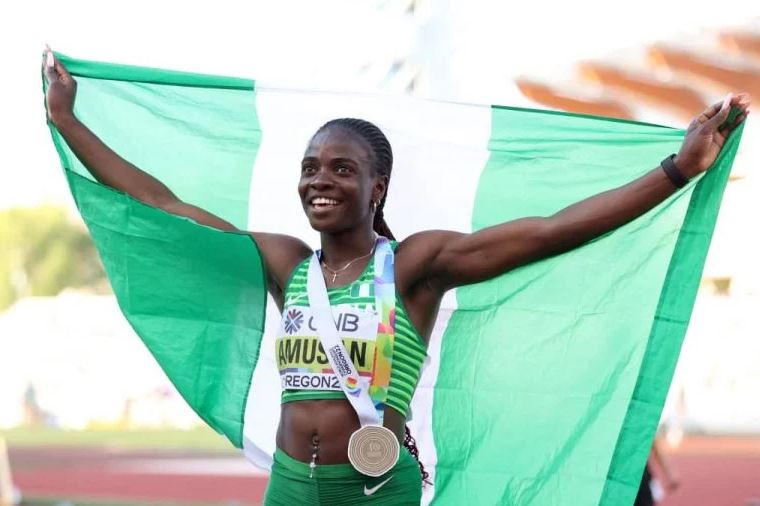 Harrison had made history in 2016, 2 weeks after she placed sixth in the US trials, failing to qualify for the 2016 Rio Olympics. She made amends with a Silver medal at the Tokyo2020 Olympics.

Amusan took the world by storm with a 12.12 secs finish in the semis at the World Championships in Eugene on Sunday, with Harrison coming a distant second at 12.27 secs. Harrison will later be disqualified in the finals.

Both Amusan and Harrison are signed on to sports kits manufacturing giants, Adidas and the American is proud they are still leading the line globally.

“Congrats to @Evaglobal01 records are meant to be broken & you smashed mine. Glad to see the record gets to stay in the Adidas fam.”