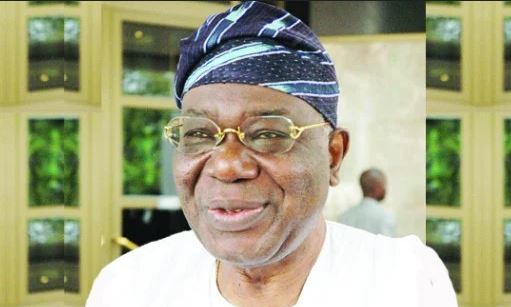 A former chief, Chief Ernest Shonekan who dominated Nigeria for 83 days when he headed the Interim Nationwide Authorities that succeeded the junta of General Ibrahim Babangida, has passed on.

Shonekan died in Evercare hospital in Lagos at present January 11. He was 85.

He was the interim head of the Nigerian Authorities between August 26 and November 17 1993 when he was ousted in a coup led by late General Sani Abacha.

Born on 9 May 1936 in Lagos, Shonekan, an Abeokuta-born civil servant, he was one of six kids born into the household. He attended the CMS Grammar College and Igbobi school. He obtained a legislation diploma from the College of London and was called to the bar. He later attended Harvard Business College.

May his soul rest in peace, Amen.