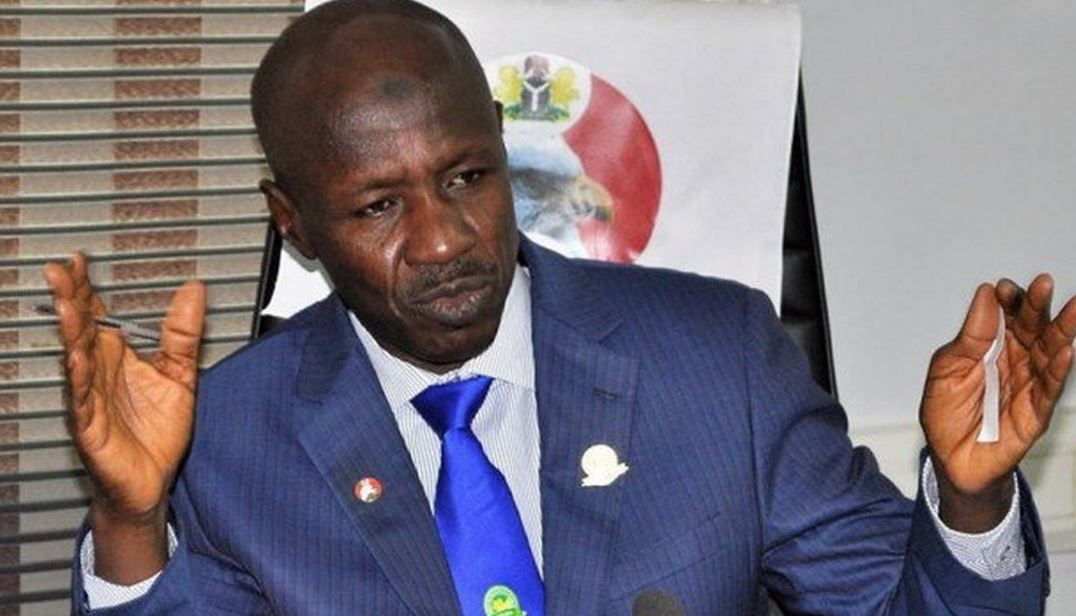 Former acting Chairman of the Economic and Financial Crimes Commission (EFCC), Ibrahim Magu has been promoted by the Police Service Commission (PSC).

PSC spokesman, Ikechukwu Ani announced Magu’s elevation to the level of Assistant Inspector-General of Police (AIG) on Monday, May 16.

The former EFCC acting Chairman was promoted to AIG alongside seven Commissioners of Police at the 15th Plenary Meeting of the commission on Friday May 13.

This is coming months after Magu was arrested, detained, and suspended as the acting chairman of the anti-graft agency after he appeared before a panel probing allegations of gross misconduct against him.