Star player, Asisat Oshoala has made history in Africa by becoming the first woman ever to win the UEFA Women’s Champions League.

This comes after the Super Falcons striker, helped Barcelona defeat Chelsea in the final on Sunday night, May 16.

Oshoala, 26, was introduced in the 71st minute as Barcelona defeated Chelsea in the final of the 2020-21 edition.

Lluis Cortes’ women had taken a first-minute lead at the Gamla Ullevi after Melanie Leupolz turned the ball into her own net.

Oshoala scored a fifth goal in the closing stages of the game, but it was ruled offside.

Before the game in Gothenburg, the four-time African Women’s Player of the Year claimed that Barca had learned from their final defeat to Lyon in 2019.

“Now, we have the experience of how European football is and also how a top game like this is played,” she told the media.

“I think we’re going to be better with our tactics this year, how we go out and play and everything.

“For us, it was good. We played in the final 2019, we lost and then we picked up corrections from there.

“Come May 16, against Chelsea, I don’t think we’re going to make the same mistakes again, because we already learned from the past. We are a better team now than we were two years ago.”. 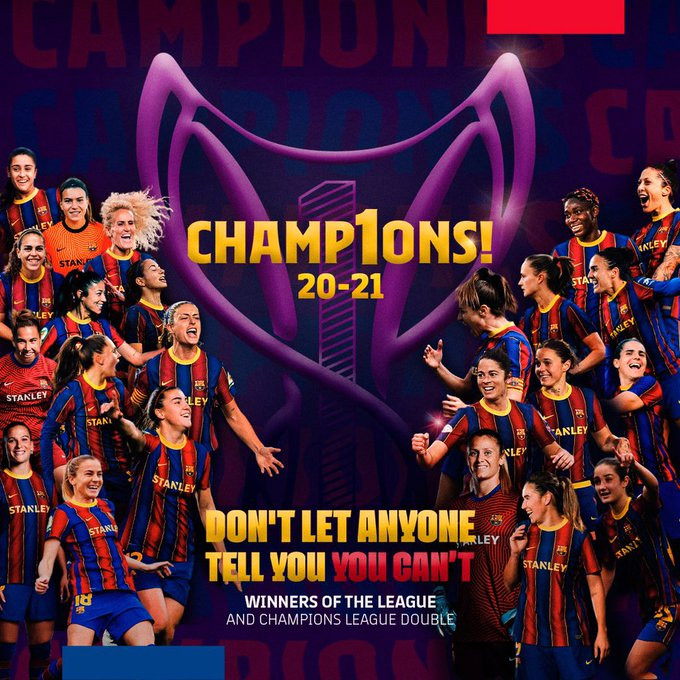