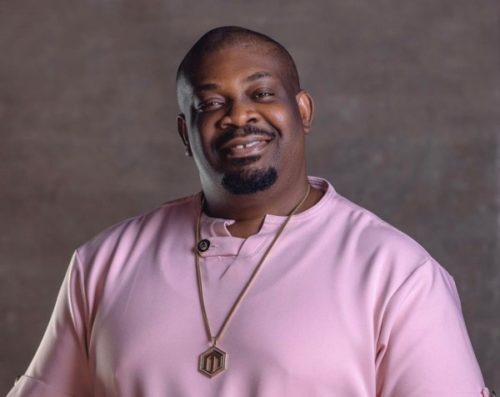 MAVIN CEO and producer, Don Jazzy, has given his opinion about the entanglements between housemates in Big Brother’s house.

He shared his thoughts via his official Twitter page, stating that the case of people flirting with 2 or 3 people happens everyday.

“All these everybody toasting everybody, flirting with everybody vibing with 2 or 3 people at the same time happens every day, but we just don’t live in the same house with cameras watching every move.” 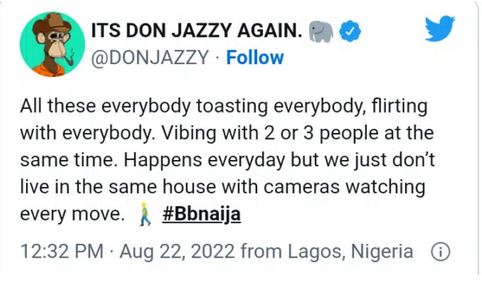