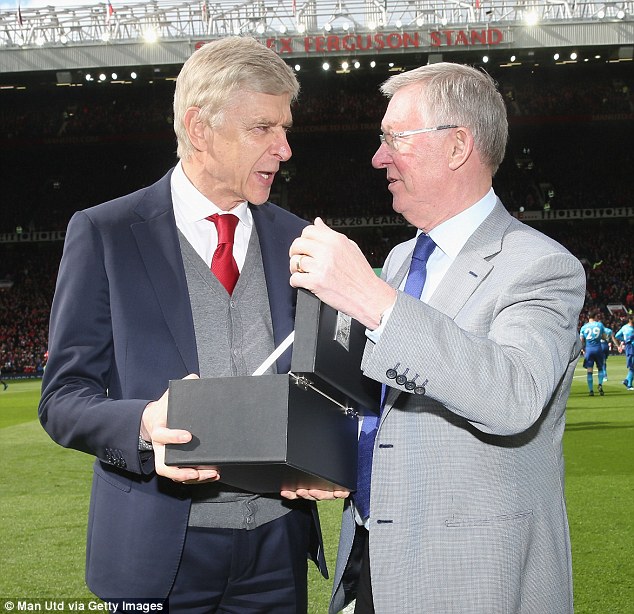 Dailymail UK reported that the Red Devils legend acknowledged the 68-year-old Arsene Wenger’s service in a pre-game ceremony just as Wenger emerged from the tunnel when he was given a warm round of applause from the Old Trafford crowd.
After the two teams had then made their way out onto the pitch, Wenger was greeted in his technical area by familiar foe Sir Alex, who handed him a vase. 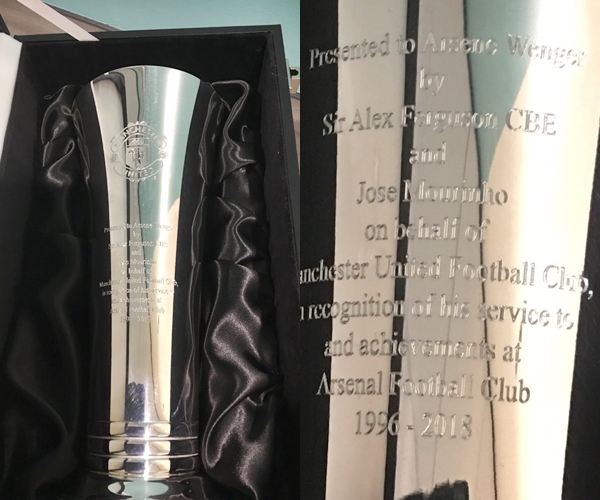 Current United boss, Jose Mourinho then dived in for a few words and a handshake before former Arsenal forward Alexis Sanchez was also seen wandering into the opposition dugout to embrace Wenger.
--Advertisements--