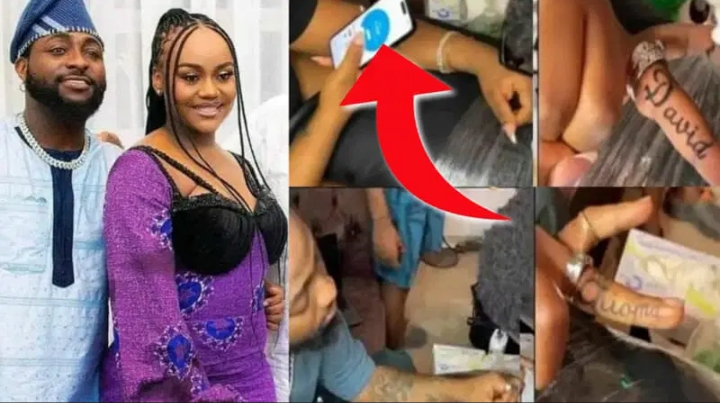 Some Eagle-eyed fans paid extra and keen attention to a recent video of Nigerian Celebrity couple Davido and Chioma Rowland that made the rounds on social media.

We earlier reported that the lovebirds got tattoos of each other’s names on the fingers with their wedding rings.

Well, while the tattoo artist did his thing on Chioma’s finger, she got busy with her mobile device and ladies on the internet were quick to spot a familiar app.

Apparently, the application known as Flo is often used by ladies to monitor menstrual cycles. 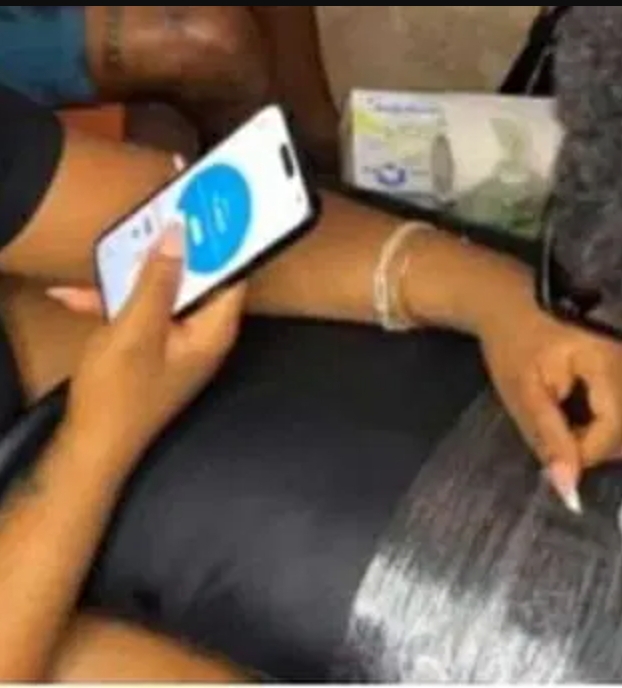 After sighting the app on Chioma’s device, many have sent in congratulatory messages in advance while others wondered if she is already expecting another child.