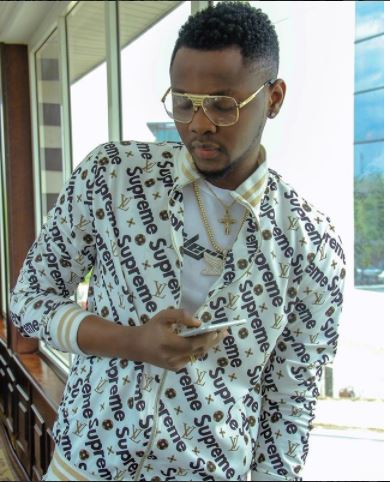 Only days after Davido’sbrother, aka Chairman HKN called out Nigerian artistes in the business of putting on fake designer wears, Kiss Danielhas been fingered as guilty.

Only some days ago, the singer shared a picture on Instagram to show off a necklace worth N14 million gifted to him by popular jeweler, Malivelihood. In the picture, Kiss Daniel was seen wearing a nice ‘Louis Vuitton’ designer sweat shirt which earned him compliments from his followers.

However, a meticulous fan spent time to ascertain the quality of the singer’s LV designer wear, only to discover that Kiss Daniel was rocking a fake. The US-based fashion police exposed the singer on social media by sharing a zoomed-in version of the picture to reveal the variance of Kiss’ wear from the original LV designer wear. In his post, he wrote,
“yeezybusta bruh #busted”