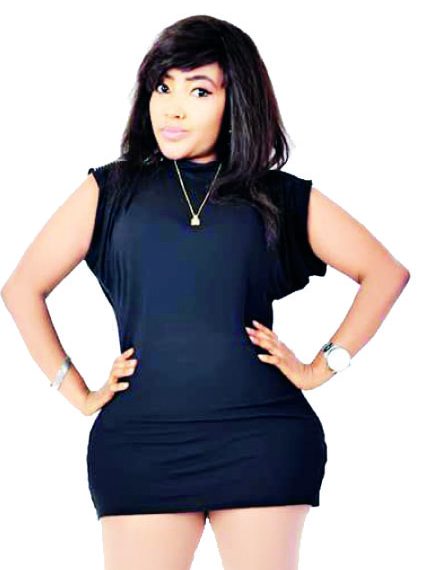 Marshall
Nigeria-based Ghanaian/Jamaican actress, Fortune Marshall, said she has learned her lessons the hard way when it comes to relationship and marriage.
For this reason, the divorced mother of two is not considering giving marriage a second chance.
In a chat with DailySun, Marshall revealed that he ex husband used voodoo to marry her.
Hear her: “I started acting since 2008 in Ghana. I came to Nigeria in 2009 and joined the industry in 2010. I was a product of domestic violence. I dropped out of the university in my second year due to financial difficulties. It was also the year I got pregnant for the man who got me through voodoo (charms). Life wasn’t easy for me then. I had to do odd jobs to cater for myself because the man wasn’t helping but rather abusing me physically and emotionally.
“I was under his spell until God saved me from him. We had two kids; he took them from me; for many years I didn’t see them until two years ago. I went and took the younger one in his absence. I have one son with me presently. For now, I don’t want to think about re-marriage, I just want to focus on my career, myself and my son, because we need a lot of catching up to do. Maybe after that, I will give my heart another chance to love.”
However, when Marshall is ready for another serious relationship, she would be considering someone that shares the “same values and visions” with her.
“Most times I tell ladies, there is nothing like Mr. Right, when you share the same value and vision with a man, then you are compatible,” she stated.