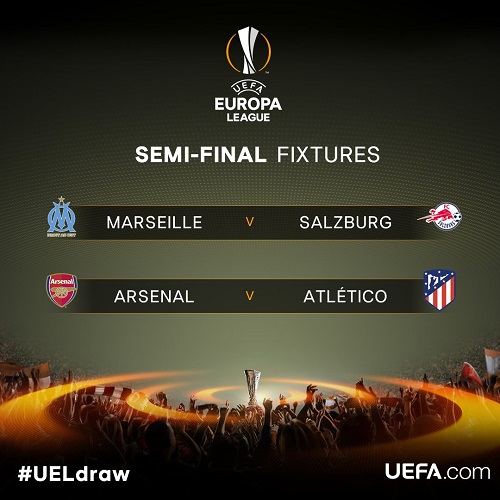 Europa semi-final fixtures
The UEFA Europa League semi-final draw has been held today at UEFA headquarters in Nyon, Switzerland. UEFA Europa League final ambassador Éric Abidal helped in conducting the draw and will be involved in handing over the trophy to the host city of Lyon.
The first legs will be on Thursday 26th April, with the returns taking place on Thursday 3rd May. The exact schedule will be confirmed later this afternoon.
Below is the match ups:
Marseille v Salzburg
Arsenal v Atletico Madrid
--Advertisements--