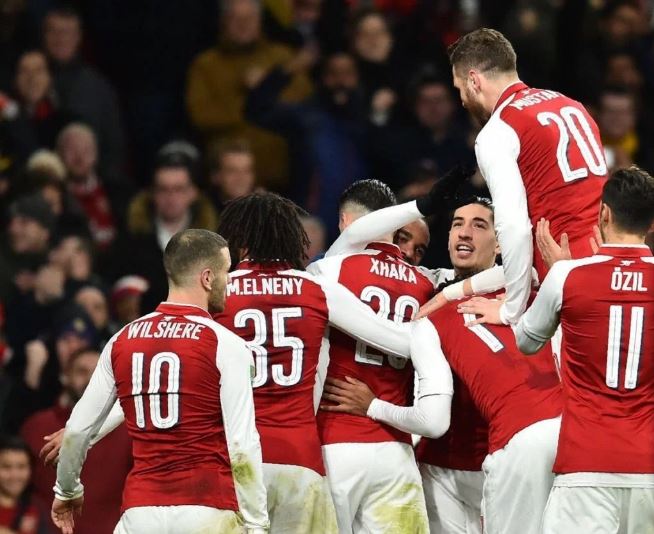 Arsenal players
The Europa League round of 16 matches were decided across Europe on Thursday.
After the group stage of the competition, 16 teams were left to fight for places in the quarter final. The 16 teams were, however, reduced to 8 after the second leg of the knockout stage was played yesterday.
This season’s Europa League quarter-finalists are:
Arsenal
Atletico Madrid
CSKA Moscow
Lazio
Marseille
RB Leipzig
RB Salzburg
Sporting Lisbon.
Arsenal beat AC Milan 5-1 on aggregate to reach this stage of the competition.
--Advertisements--