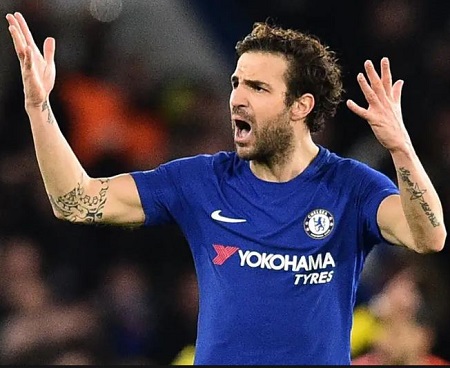 Fabregas, 31, has only made a single Premier League start this season, acting merely as back-up to Jorginho under Maurizio Sarri.

He has now decided to leave Stamford Bridge in January.

AC Milan had been heavily linked with a move for Fabregas, but French newspaper L’Equipe, report that a move to the French principality is now at an advanced stage.

Talks are progressing well and could be completed next week, with the presence of Henry, who has been manager of Monaco since October, key to his decision.

The two played alongside each other at Arsenal between 2003 and 2007.