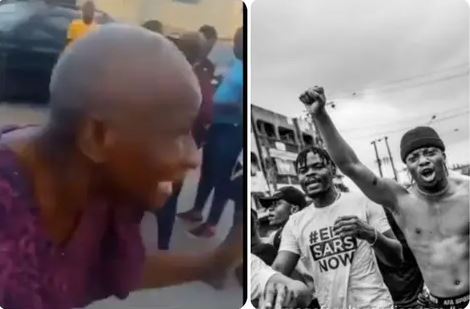 The mother of Oxlade’s manager, Ojahbee was mercilessly slapped by an officer in a police station in Surulere, Lagos state, after she demanded his release.

In a heartbreaking video, the elderly woman can be seen lamenting her predicament.

According to her, she committed no crime, and was attacked by the male officer after she stepped into the station.

He went on to physically assault her and she wondered if he would be allowed to go scot free.

Watch her speak after the incident below;

#SARSMUSTEND: Elderly woman slapped by a police officer at a police station. pic.twitter.com/6lCtFJQ3yY

This is coming after her son, Ojahbee was maltreated, assaulted and arrested by officers of the same station.

Hushpuppi: Why Police May Not Release Kyari To FBI