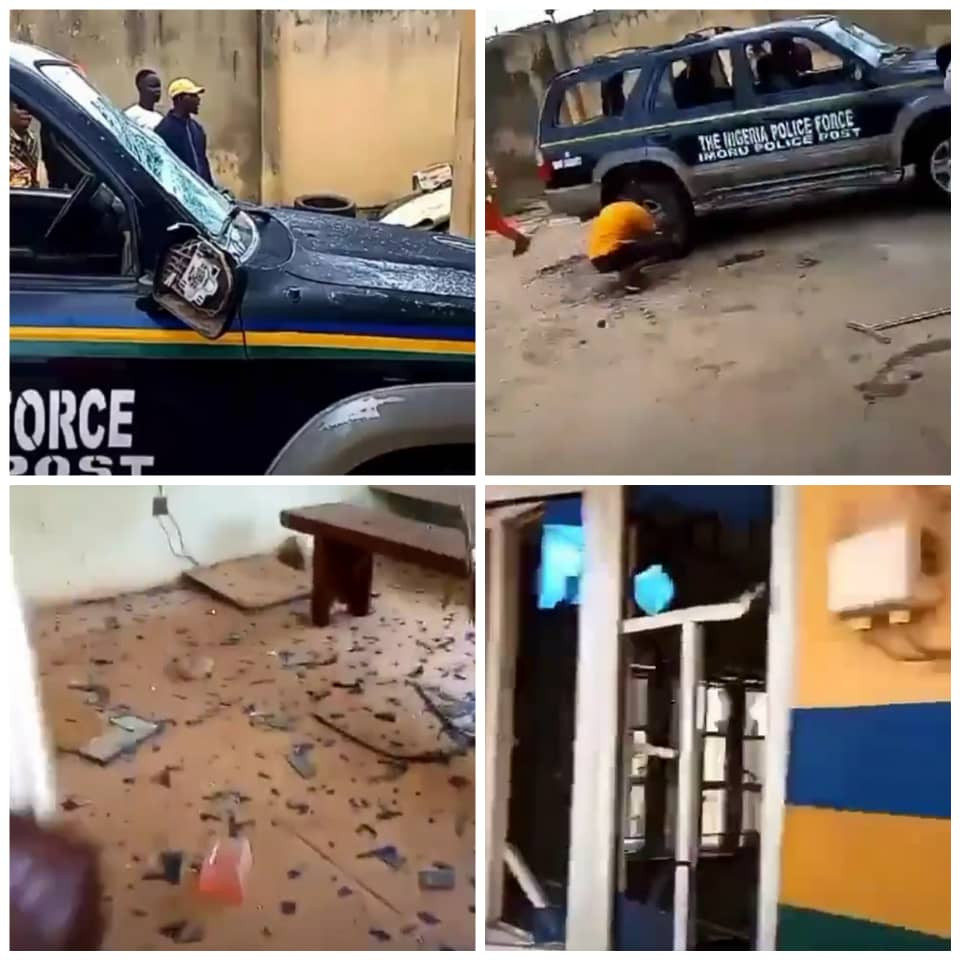 The #EndSARS protests taking place all over Nigeria took a dangerous turn in Ogun State when some of the protesters began vandalizing police stations.

The protesters reportedly attacked three police stations including the Imoru police station in Ijebu-Ode in Ogun state on Friday, October 9, and carted away valuables including Televisions and others.

The spokesperson of the state police command, Abimbola Oyeyemi, who confirmed the incident, said the police will no longer tolerate this act as anyone found guilty of vandalizing properties in the name of carrying out a protest will be severely dealt with.

”Some people who hide under the guise of campaigning against the activities of SARS, marched to the Imoru police post in Ijebu-Ode and two other police posts in Ijebu Ode, vandalized the station, looted and carted away some valuables like televisions, stabilizers and a motorcycle.

Our men had to be professional because we didn’t want the thing to be escalated because of the directive.

We have warned that any further attack on our personnel or our facilities will no longer be tolerated.” Oyeyemi said

Watch the video from the scene of the incident below: