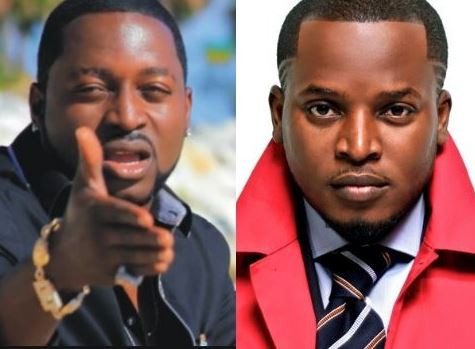 Olu Maintain and Eldee
Veteran Nigerian rapper, Eldee has angrily called out his colleague, Olu Maintain accusing him of going out to perform his songs ‘like he created them’.
Eldee while reacting shared a recent video of Olu Maintain performing their 2008 collaboration ‘Big Boy’ featuring Banky W and Oladele.
Eldee in the caption which he has now deleted wrote, ‘this shameless nigga goes out on stages performing my songs like he created it. I still remember how he tried to steal the record right after I put him on it, forcing me to put it out prematurely. Nigga ran off with the unmastered draft and went to print CDs with himself as the lead artist, even his verse was written by me. Lesson to all young artists, don’t ever do pity features’.
Rapper, Ice Prince however stepped in, explaining that featured artists on a song should be allowed to perform and promote a song except a contract was signed otherwise. 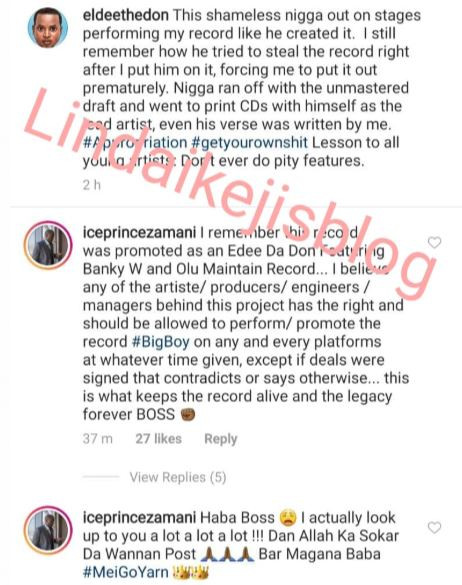 However, Eldee has apologized for the outburst.
He wrote: "Last post was out of character. If you know me, you know that I don’t usually sweat shit like that. Sorry if I offended you but I have a lot of stories I never got to tell about the shady nonsense I kept quiet from in that industry. #NigerianAmericanPodcast #NewEpisodes #ComingSoon,” 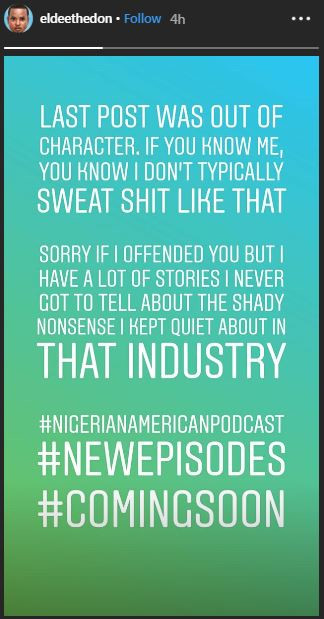 Veteran Nigerian Rapper, Eldee Explains Why He Relocated To The U.S.