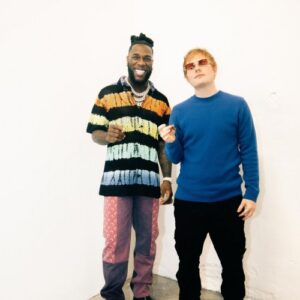 He took to Instagram to ask his fans worldwide to stream the album and it take it on UK chart. According to ED, if Burna Boy achieves the feat, he will be the first African artist to make that feat.

This news is coming after their new collaboration hit 8 million views on YouTube in less than a week and days after Blaqbonez called out Burna Boy for marketing his album lowkey. 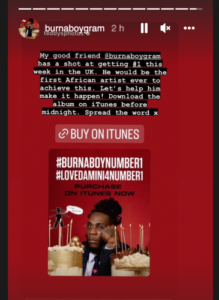