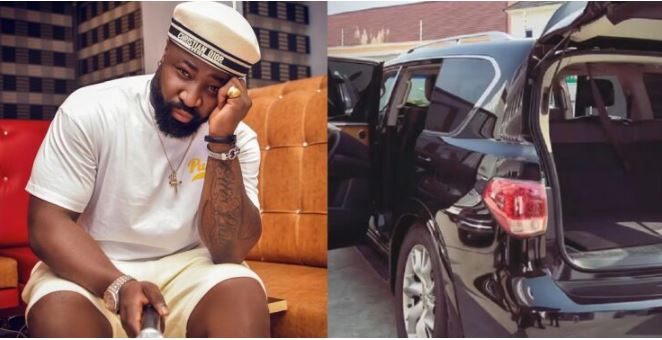 Harrysong, the popular Nigerian Singer, has gifted himself some cars.

The singer gifted himself two cars, an Infinity and Escalade SUV for Christmas.

The talented Entertainer took to his social media page to share a video of his new rides and brag that they were fully paid for.

According to him, it has been a while he went car shopping so it was only right for him to fufil the promise he made.

He wrote; “Early Christmas Gifts … been a while I car shopped… say hello to my new babies ….