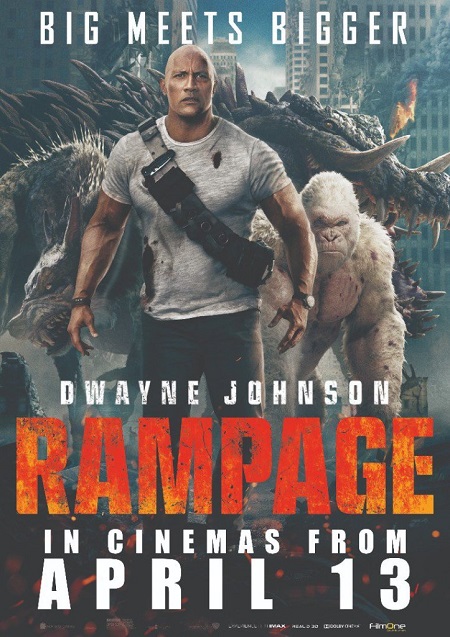 Dwayne’s new film
Dwayne Johnson who is ranked as the second highest paid actor in 2017 according to Forbeshas revealed why he decided to use a Nigerian name in his new movie ‘Rampage’.
Dwayne answered the name Davis Okoye in the film said he adopted the name to pay homage to NFL football player ‘Christian Okoye’
He revealed this on Twitter.
In the Twitter exchange, the Nigerian user wrote:  “This is the year of Nigerians in Hollywood! The Rock stars as Davis Okoye in #RampageTheMovie. In Cinemas from April 13th #BigMeetsBigger”.
The Rock responded to the message saying: “Yes sir, happy you picked up on that. Since my character was adopted by a Nigerian family, I wanted his last name to pay homage to one of my all time fav @NFL football players – the “Nigerian Nightmare, Christian Okoye. Enjoy Rampage.”
Rampage opens today in cinemas worldwide. 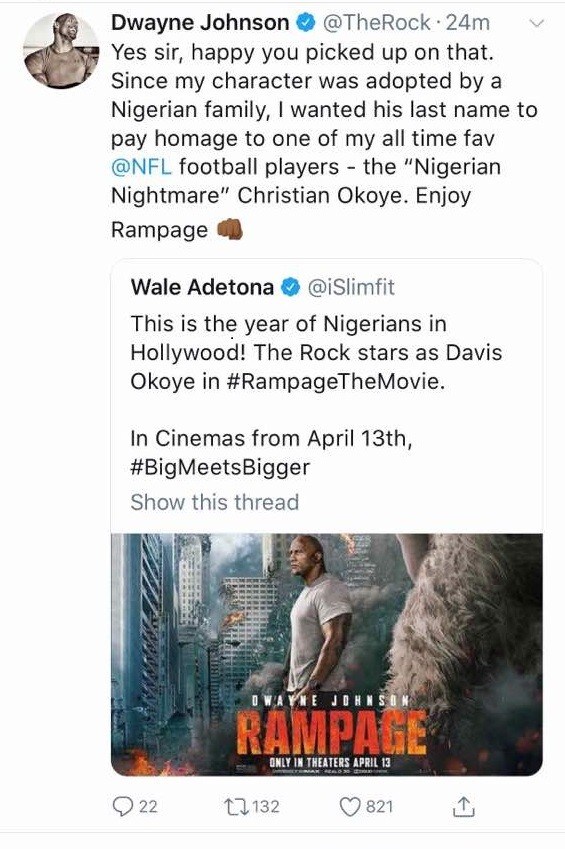