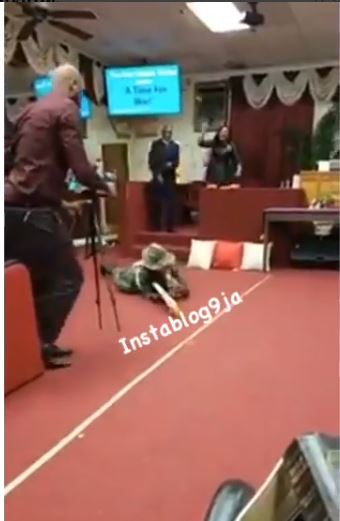 A Video making the rounds on the internet has shown the moment a pastor excited church members after storming the church wearing a military outfit.
The incident happened in Jamaica.
According to reports,the pastor decided to appear in church wearing the outfit to demonstrate tat Christians are spiritual warriors. She stood in front of the congregation carrying a toy gun while speaking into the microphone.
She then went flat on her face and began shooting at ‘imaginary’ enemies while the church members applauded her.
The incident has since caused a stir on social media.
Watch the Video below: