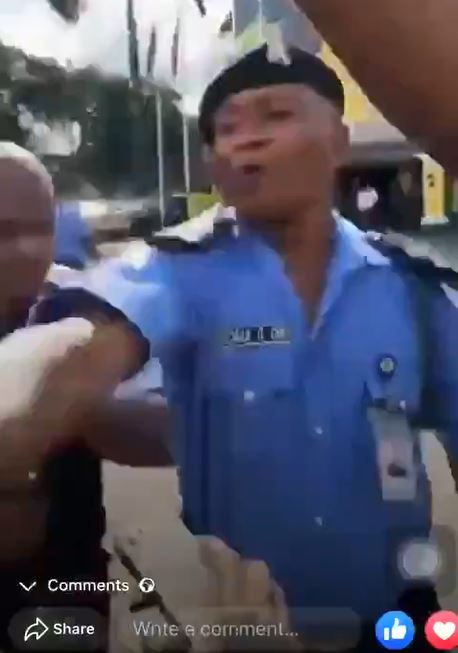 There was a bit of drama at the Orji Police station after the DPO allegedly “punched” a male #ENDSARS protester following an argument.

According to reports surrounding a video which shows the moment the DPO hit the protester, the protesters had stormed the police station for a peaceful talk when the DPO got angry and punched one of them in the face.

His action has since sparked outrage among the other protesters who angrily ordered the DPO and other police officers to bring out their guns and shoot them all.

The police officers, on seeing the danger which was looming, beckoned on their DPO to retreat from their as the protesters screamed in anger.