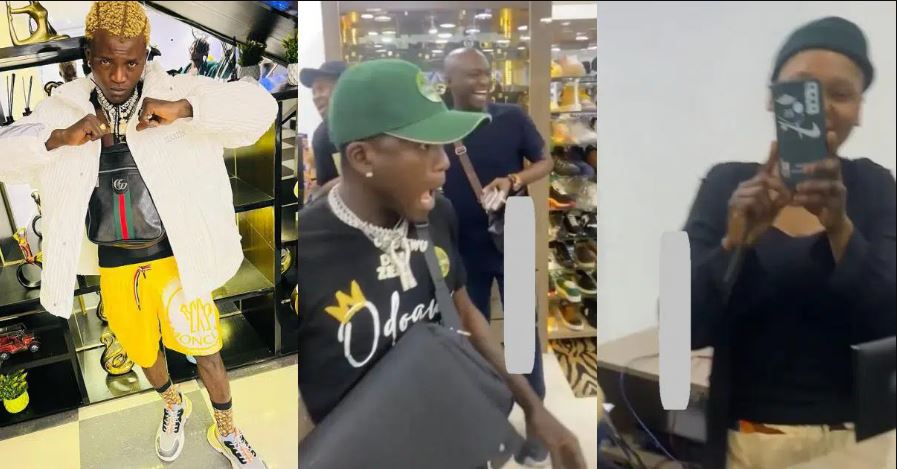 Portable Omolalomi, the popular Nigerian singer, who is also known as Street Problem, recently sent a note of warning to a fan who attempted to take a photo of him.

The singer who rose from grass to grace in his music career barely a year ago has since been maintaining the pace.

In a recent video making rounds on social media, the singer was spotted at a fashion store where a fan attempted to take a photo of him with an Android phone.

“Don’t use Android phone camera me,” Portable interrupts after spotting the fan pulling a smartphone on him.