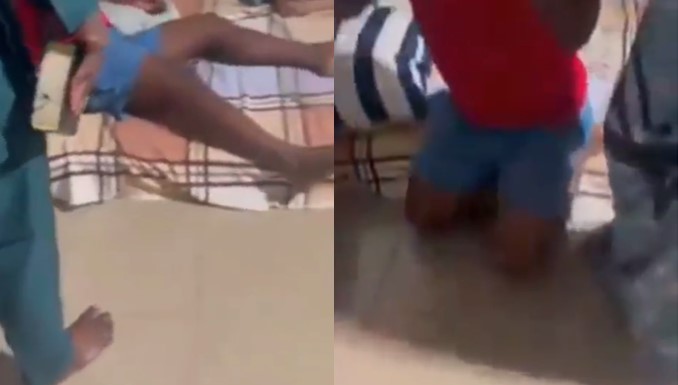 A dramatic scene took place when a pastor caught his wife having an affair with the assistant pastor of his church.

In a video posted online, he confronted the lovers while they were in bed and lamented over how he clothed and feeds the man.

The assistant pastor went on his knees and pleaded as he blamed the devil for his action. His wife also knelt down and could also be heard asking the person filming them to beg her husband on her behalf.

The clergyman felt really hurt and wondered why the man he made an assistant pastor would pay him back by having intimate relations with his wife.