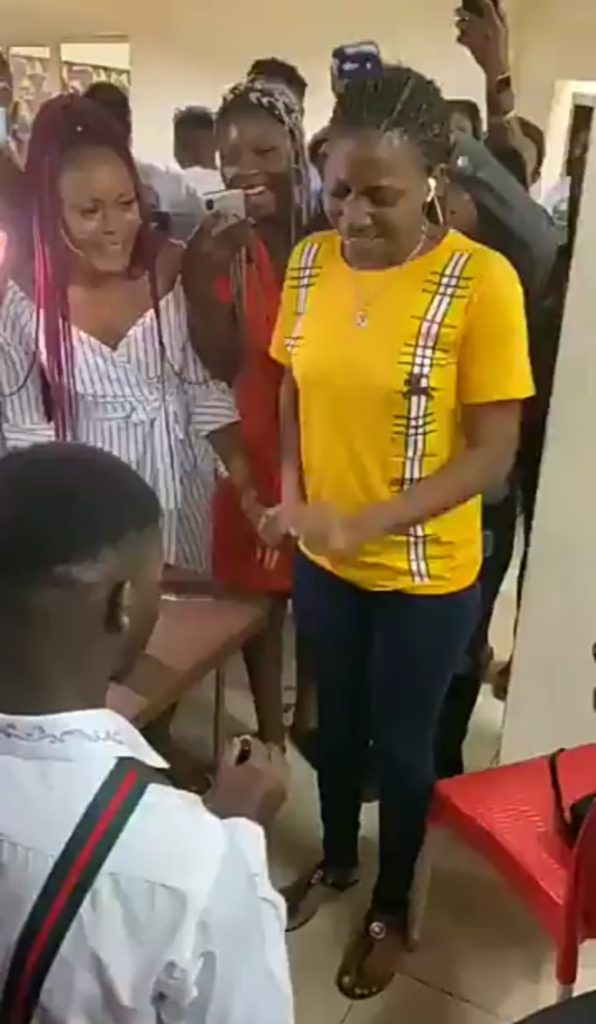 A woman has reportedly ran mad after taking proposal ring from her boyfriend.

The sad video of the incident is making rounds on social media.

The video shows the lady run mad immediately she collected the engagement ring.

In the viral video, the lady’s boyfriend was already set to propose to her as he was spotted on his knees, stretching out his proposal ring to her, in the presence of a huge crowd cheering them on.

At first, the girlfriend was seen expressing her excitement over the proposal and she also stretched out her hand to accept the ring.

Unfortunately, things went wrong as she suddenly began showing signs of madness, which caused a huge uproar at the scene.

Burna Boy Of Impregnating Runs Lady And Asking Her To Terminate